I wrote about my Peloton Digital DIY setup a few days ago, and I've now had a full week with it. I've done at least one cycling class every day, including a live class, and I've done one quick 10-minute yoga class. I'm still getting a feel for which classes (and instructors) I like the most. I have until the end of this month before my trial is up, and I'm fairly certain I'll end up subscribing in the end.

So far, the best thing is having it set up and ready to go late at night when I want to squeeze in some exercise right before bed (kind of a bad habit, but better than no exercise, right?). I've been doing the 10-20 minute scenic rides when that happens, and it's a really nice, light way to wind down before I get ready for bed.

I've been able to keep up my running with Loki, too! We went for a run (a little over 1.5 miles) on Saturday morning out at Falls Lake on the Mountains to Sea trail, and I think that he liked that a lot better than the pavement. I know I sure did, and it was easier to keep him out front when we were on the single track. 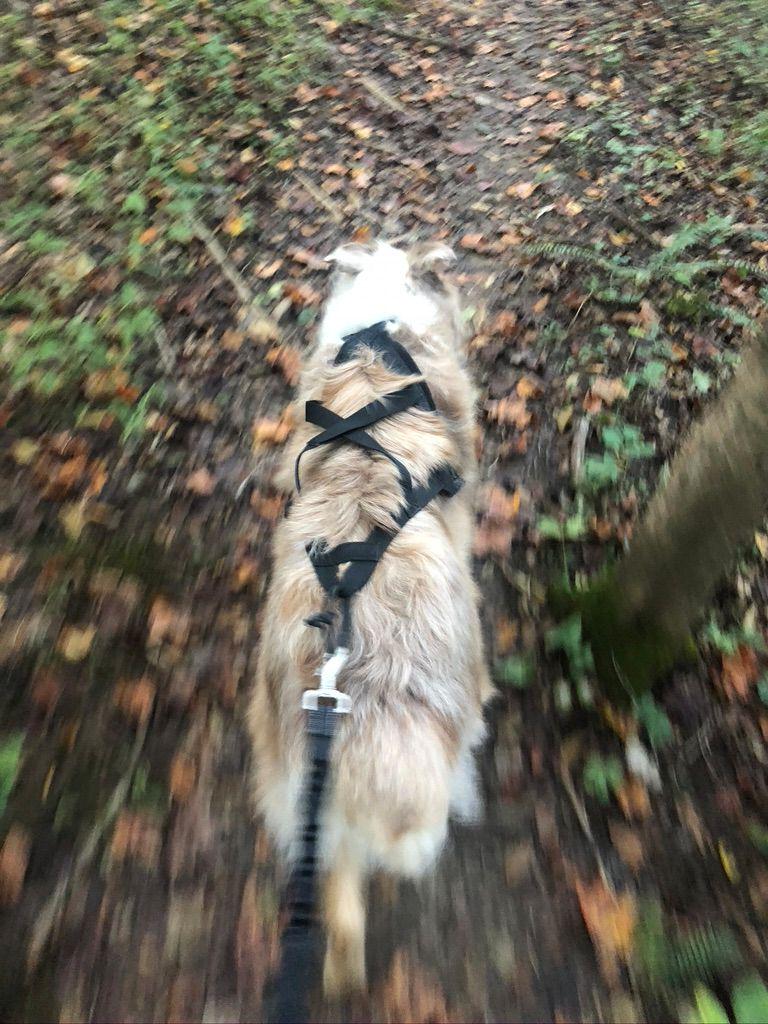