Your letter came at a very special time. It is now exactly a year since we both visited UW as prospective students. The new admits for this year will be here the coming week, and I am very honored to take part in organizing and hosting their visit. L will come a bit later at the end of month.

That was how I started drafting this response in March, right after receiving your letter. It wasn't easy to write – I had so much to tell you! So much that I had to give up finishing it in the middle of deadlines and travels. Now it is in late June, and the days are getting shorter, but I finally got myself together and ready to try again.

It's been about 3 quarters of a year for me in Seattle, and I've had my up and downs. My time in grad school has been transformative – I have learned and unlearned an unbelievable amount in such a short time. But one thing has not changed a bit, and that is my reason to devote myself in science. I had almost forgotten about it, until I read the article Mathematics, Art, Civilization by Yuri Manin. I will not attempt to emulate what he says here, and the exact details do not matter. What touched me was how Manin demonstrated the most beautiful facets of mathematics – its simplicity, generality, and reality. The great polymath has captured stunning snippets of our universe (physics) and of ourselves (logic and languages) with just a few sketches on paper. It was exactly this beauty that drew me to maths when I was a little kid, and once again it drew me to computer science in college and into grad school.

Many researchers see science as a means towards technology, something that affects society in a corporeal, physical way. But some forget about the virtue of science itself, that it brings the most intimate joy to those who practice it. I have my doubts about technology and its promise to “make our lives better”. Those doubts are perhaps best expressed by James Suzman, an anthropologist who studies the hunter-gatherer San. The South African Bushmen became the longest-lasting civilization in the history of modern Homo Sapiens with their frugal technology. I respect those who help the afflicted with technology, but personally I believe in the power of science itself, as I have experienced it myself and have shared the experience with my fellow researchers. 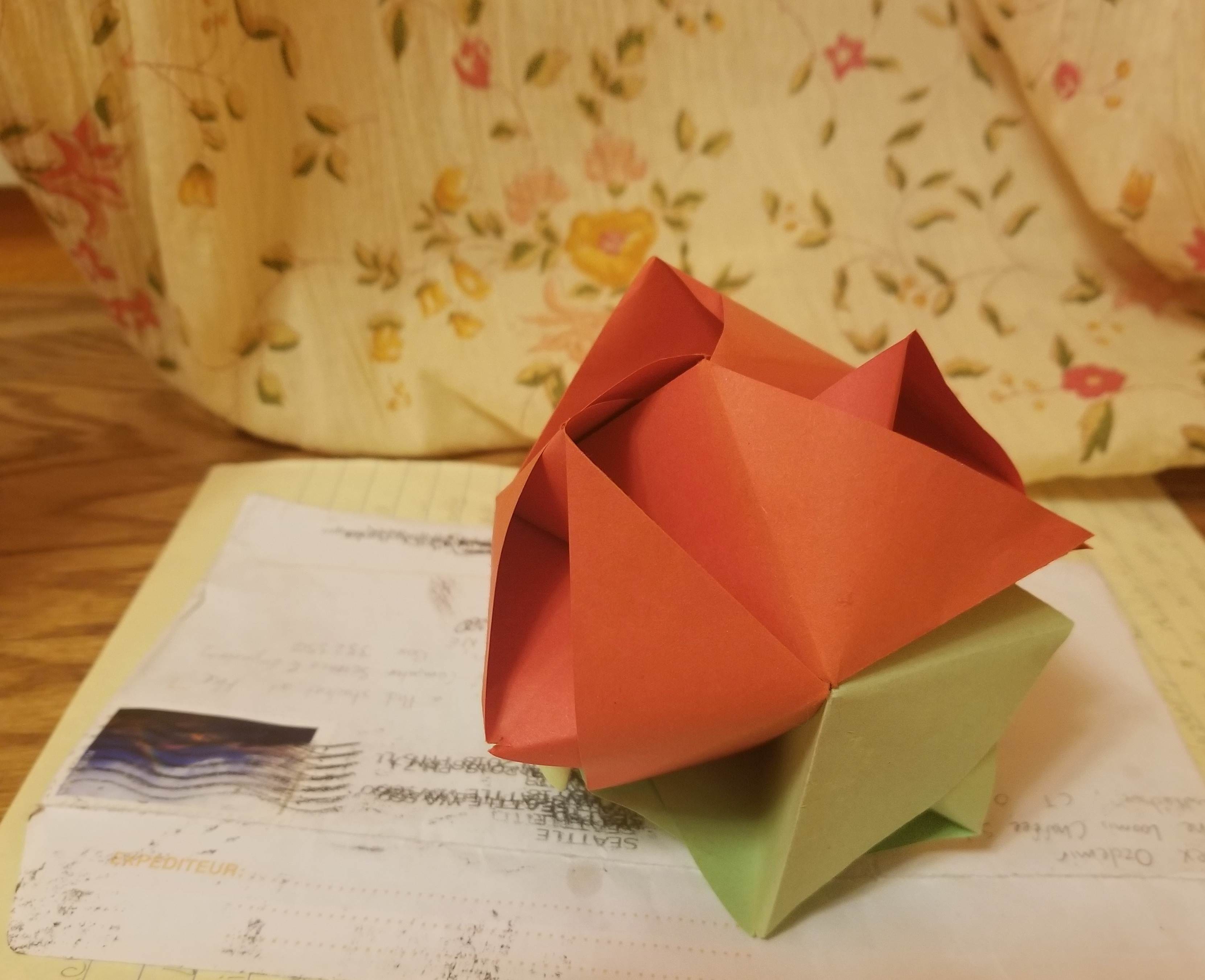 I have learned countless lessons about the technicalities of how to do research, but I would not be so pompous as to lecture others about them. Those lessons are the point of grad school anyways, and a student will learn them eventually. The honest reason I'm sharing my thoughts above is really that I had a wonderful evening thinking them, and I bet they might bring you joy as well – just as the origami rose box you had sent me.

shine on you crazy diamond txti.es used to host my personal page, and I still think it's telling the truth: it provides “Fast web pages for everybody” – that is, it takes no time to make a page that loads instantly even on a flip phone.

But txti doesn't support styling. After some time I finally found a way to get a good looking page with minimal effort. You can see the result at remywang.me and the source here.

I use markdown styles, which simply takes a markdown file and spits out the html. In the command that compiles the page, change jasonm23-foghorn to your favorite theme from markdown styles.

If you have images and want them to automatically resize on phone screens, make sure to use html for the image instead: