Morphite – My Time In Space

Morphite is a small stone, in the very large, almost unlimited ocean that is video games, but it is a stone that I'm... pretty sure I was glad to experience.

Don't get me wrong, my overall experience with the game I would say was on the positive end. It had some great key aspects going for it. The graphics were a 3D low poly style that gave it a very charming aesthetic. The music was surprisingly well composed; I'd even argue that it was my favorite part about the game. The score accompanied the experience so well, I'm almost inclined to see if the OST is available somewhere online. Considering this game was originally developed for the mobile platform (and PC), and then ported later to PS4, Xbox One and Switch, I'm honestly a little impressed with how well it held up after the migration. Only later in the game did I find out its origins, but once I did, a lot of aspects and the experience as a whole started to make sense. It felt like a lower budget, unpolished, scope-too-large console game, versus an HD port of a phone game to several new platforms. 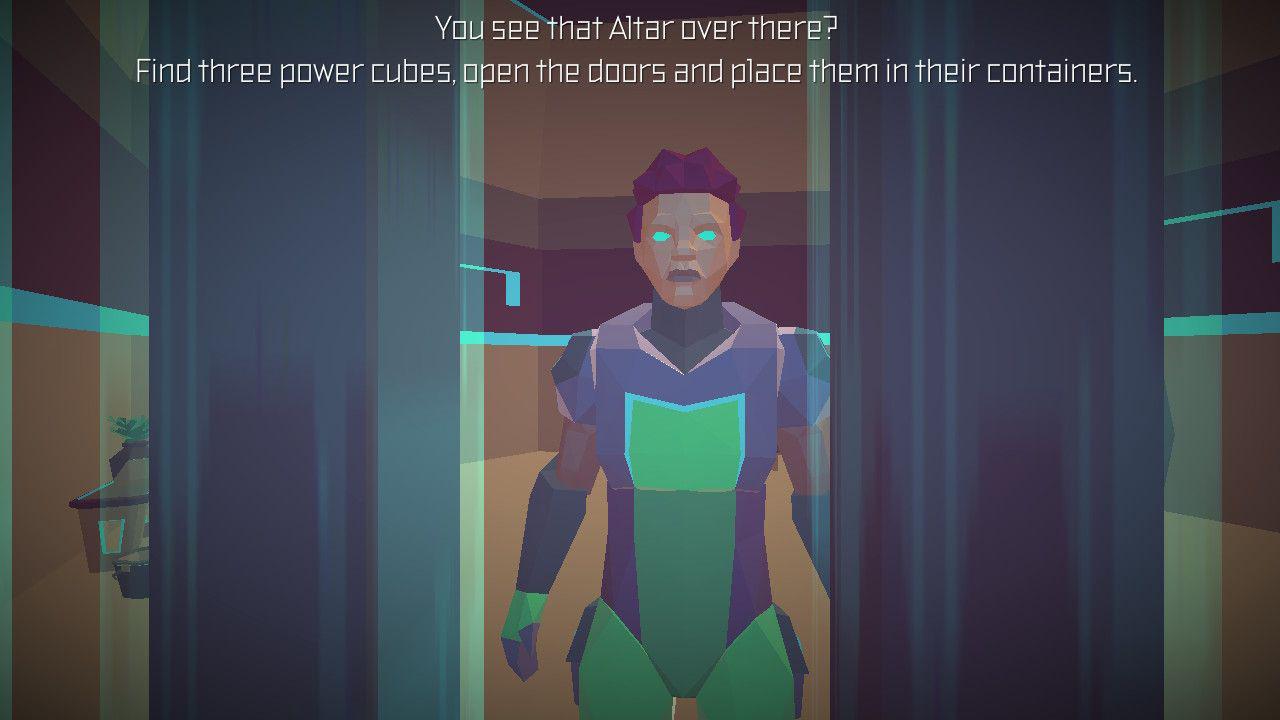 I would argue that the game is mainly a first person puzzle adventure, that second-tiered as a shooter. There is a bit of platforming too which was a bit tougher at times than I was expecting. The movement mechanics didn’t provide the level of fluidity and control I felt was needed to take on the obstacles presented. Thankfully the game was forgiving in terms of dying, so I was quickly booted back to shortly before my death. Combat, however, was a bit divisive at times. It was not the main focus of my adventure, even with a semi-wide variety of weapons / tools in my arsenal. There was the occasional boss battle that would be thrown your way, but they were not a main attraction or something to be sought after.

I wanted to like this game more than I did, I really did. There was just a lot working against it that made it hard. I enjoyed the concept, the world building, most of the mechanics, but it felt like the game took on too much at once. The story is very light, doesn't take itself too seriously. Other than progressing in the story, the main mechanic of this game is scanning various organisms on the multitude of planets you can visit (the game itself is an open-ended, procedurally-generated space landscape). Doing so converts the biology into inventory items that get traded for “chunks” which functions as currency. That, in combination with various materials that can be found, work towards upgrading your space suit, and your space ship (which I will mention later). 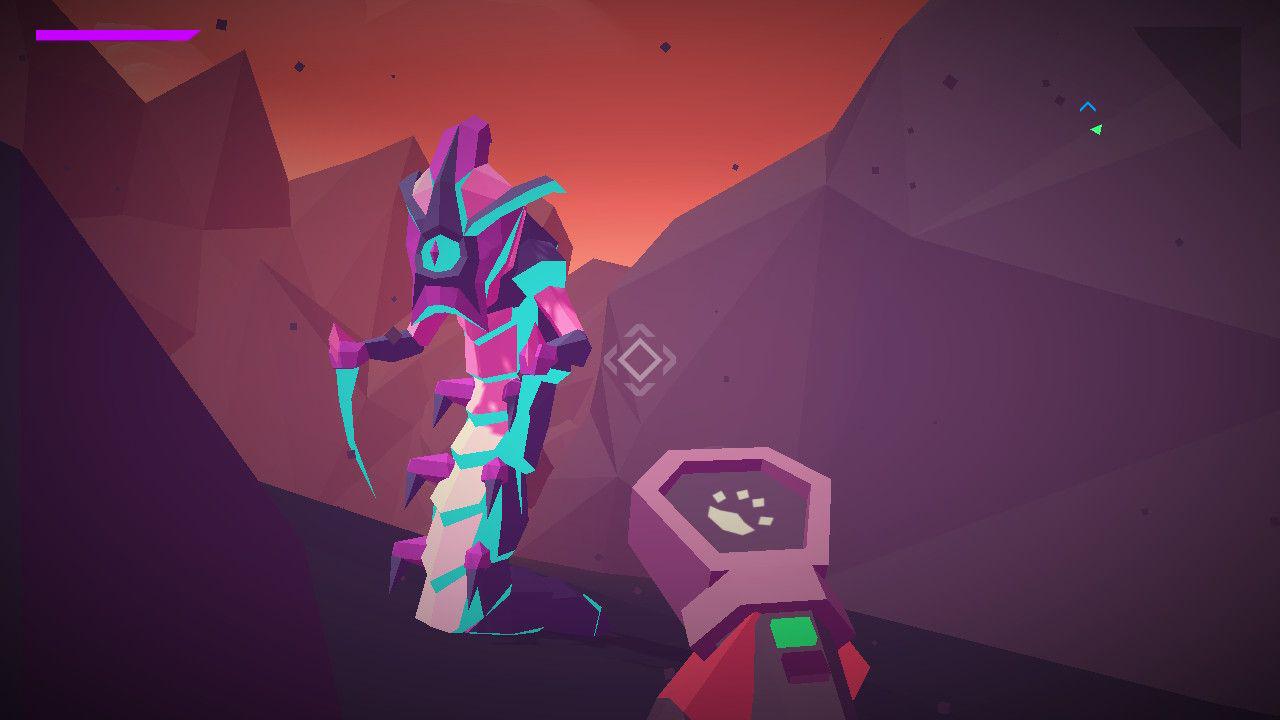 I'm not sure if this would be a similar opinion to what others felt while playing this title, but the procedural generation felt like it almost worked against the overall enjoyment of the experience. Everything seemed almost too randomized and infinite, since there were no systems in place to combat the seemingly aimless wandering. There is no way to track any specific resources, specific biology, even major points of interest like Upgrade Stations. A finite set of planets, a finite set of biology to scan (that could be re-scanned to avoid limited resourcing), maybe even a catalogue to fill, would have closed in that feeling of an out-of-control scope and really tidied the game up. I assume that they wanted to maximize the time that players would invest in the game, but the feeling of unorganized infinity it radiated worked against my motivation to actually go out and explore. Combined with gathering currency and resources, the upgrading system I mentioned briefly above felt like more of a hassle than it really should’ve been.

After just hitting the halfway point, I altogether just stopped worrying about finding materials and chunks... or even scanning things. It was a neat mechanic in the beginning, one I was excited to explore and delve into, but as the story progressed, it felt like there wasn't really much need for it honestly. I think only at two points did I require a certain upgrade in order to progress – once to help my suit adapt to warmer temperatures, and once for colder ones. Planets deemed too hot or too cold would deal damage to you unless you had the appropriate upgrade. Getting the upgrades alone felt like more work than it needed to be too. Finding a Suit Station felt absolutely random, as I had to travel to various space stations until I happened across one. There was no way to track or mark previous ones I had come across. A combination of that vast procedurally-generated scope, and no systems in place to help with navigation and backtracking, made my motivation to explore, upgrade, and grow fully dissipate. 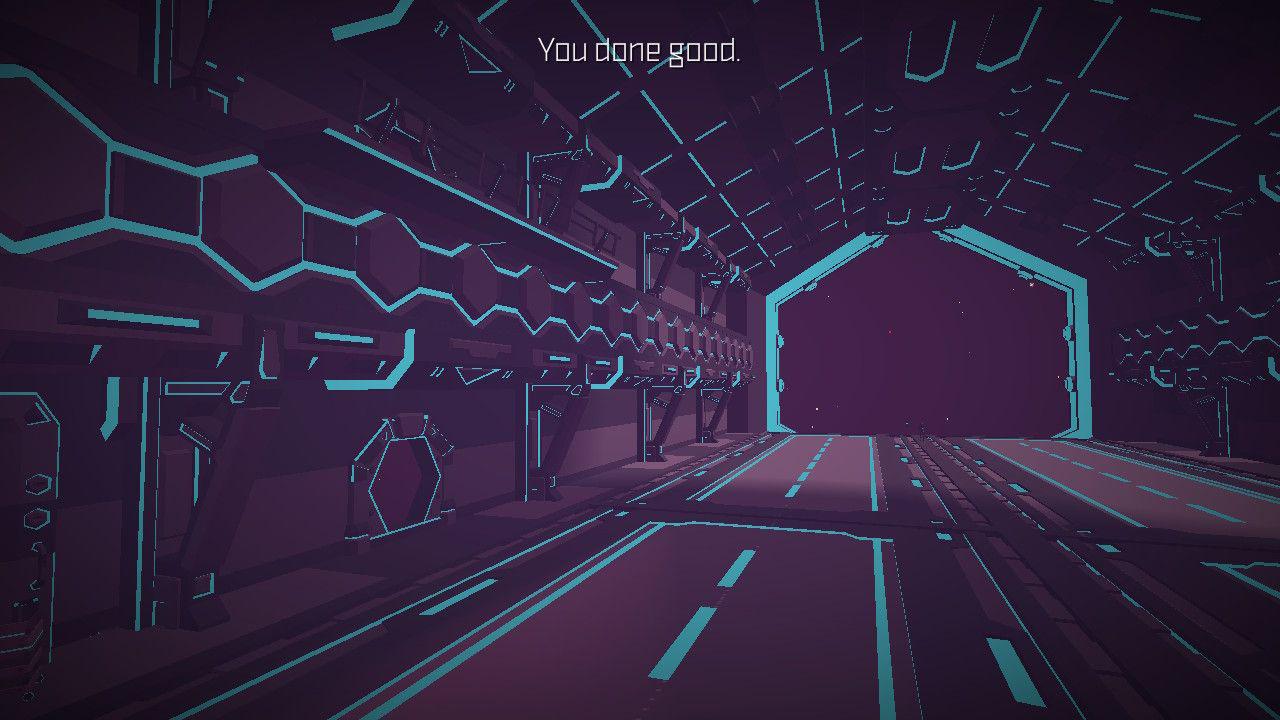 With some proper tweaks and polishing, this game could be a really neat treasure for people to find. Space exploration with a catalogue of organisms to index, a more clear-cut, easily accessible upgrade system, things like this would make it a really solid game, even after the story is completed. To be able to hop in, get a hint as to where specific wildlife or foliage would be, go to the planet and explore until you come upon it and scan away. It has the foundation for something great but I feel like it unfortunately missed many of the marks.

This isn't a title I want to speak ill of. It was a really neat experience, but it is one that I'm glad I only paid a few dollars for... if I had grabbed it at its original price of $19.99 on Switch, I don't think I would be this forgiving.