What is the first: project or ambitions? 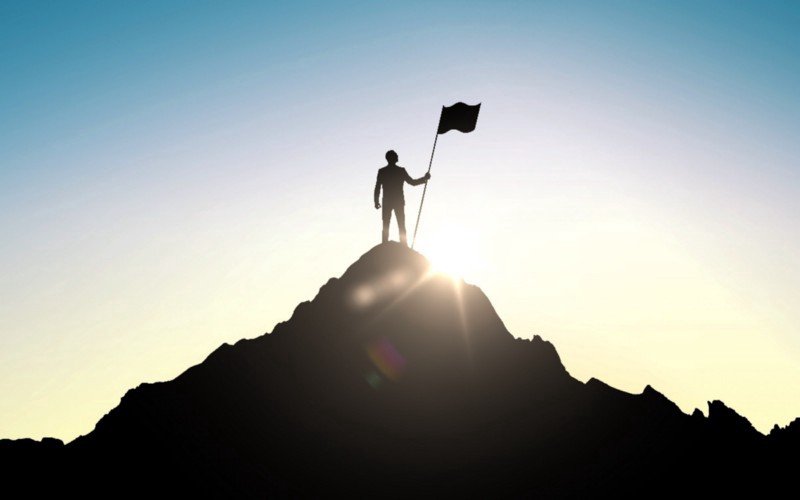 As you know, ambition from the Latin language means an aggravated self — esteem. There are many interpretations and definitions, but most likely in its primary essence, ambition is defined as a state of consciousness, expressed in an effort to prove one’s superiority over someone and something by achieving certain goals. It would seem that the factor of the goal achieving in this case is a positive and productive moment, and even more in the project environment — a thing that is more than necessary and useful. However, in practice, everything is not so simple and straightforward. The formation and further development of ambitions is influenced by many components. The basic role is still played by the level of self-esteem: carriers of high self-esteem often show appropriate ambitions. But at the same time the self-esteem of a person in most cases, not necessarily theoretical, but practical, from everyday life — is already infected with a virus of superiority and unsubstantiated pride. Therefore, from this side, ambitions are often negative, since an ambitious person tends to underestimate other people, while his own merits are greatly extolled. This model of behavior leaves its imprint on the formation of relationships with other people, complicating the team management; it can influence the promotion of the career, and in our case — negatively affects the formation of a productive project environment and the achievement of the set goals and objectives. To realize his real merits and demerits, an ambitious person needs to evaluate objectively the results of his work, comparing it with similar results of other people in similar business situations or a similar project environment.

In order to understand the meaning of project management, or to be more precise, the meaning of managing the project environment, you need to start by understanding the essence and role of the project environment itself. It differs in many aspects from the traditional and organizational working and business environment. To understand the answer to this question, it is necessary to take into account that the whole set of actions performed in one or another workplace, in one or another working environment can be divided into two groups — projects and current operations. To be simpler, it can be said that projects are any one-time work, or a cycle of actions with a clear start and a certain finish, while current operations are a regularly recurring works or activities. Considering each of these tasks separately, it is not difficult to see that to manage them are required fundamentally different approaches. However, often in general, such approaches are not taken into account, and the project environment, which has its unique qualities inherent in each specific project, undergoes routine approaches and organizational management styles. And after all, bad luck! It is the ambitiousness of the project initiators (the founders) that is at the head of the causes of the errors described above. Since the imaginary confidence that the initiators of the project know how to manage, and know what is a project and the priorities set in it, is often a hindrance to achieve results in the project. The existing experience in managing daily routine processes in their organizations creates for them the illusion of having the appropriate management practice to interfere with the main processes of the project environment.

This confidence fills their ambitions, and at the same time, conflicts with all components of the project environment (goals, objectives, consultants, results, stakeholders of the project, etc.), increasing risks. It is necessary to recognize that such confidence still has its reasons. After all, the traditional theory of management was based exclusively on current operations. Specialists in accounting, process improvement strategies, inventory management, personnel management and customer relations have always viewed the organization as a collection of ongoing recurring operations. Orientation to the current operations management continues to remain actual today, but now professionals and business leaders have to learn the methods by which you can manage work that is temporary and unique. This need is recognized with great difficulty, which, in principle, is the cause of conflicts and unwillingness to listen to those who know what the project environment is and how to manage it.

The implementation of the project is the result of the synthesis of knowledge and experience in managing the project environment, passing the necessary steps without which the project cannot be implemented, or its implementation will be difficult. The project environment also includes a number of draft processes where the need for possession of special knowledge and skills should dominate the ambitions and illusions that they imitate. After all, what does project management mean? This, above all, is management of certain draft processes, which are united by a holistic system of views on the problem, allowing finding out an approach to its solution. This is the construction of a model for a future project system that defines the main elements and their interrelations. It is also a necessity to collect and create an effective team for the implementation of the project. This is the development of a detailed strategy — in fact, a work plan for the project, where priorities and criteria are defined, costs and terms are determined, a set of tasks for each team member is determined, including, of course, the initiators of the project (the founders). Of course, it is impossible to do without presentation of the project to investors (or application submission of documents for a grant or targeted financing). Well, we should not forget about the design of the project implementation phase. This vision of the project process, first of all, emphasizes the problems that need to be solved when implementing the project itself.

I know that quite a lot of people, project teams, and consultants face problems during the above processes. The main reason is ambitions that ruin the project, idea and business. Here you cannot blame anyone literally, but you just need to learn from the mistakes, and not repeat them again and again. Let’s consider the categories of participants in the design process. The first category is people who earned and still earn money. Another category is people who have a huge thirst for self-realization. Third — those who have the necessary practices and experience, so that the first and second categories can obtain results in their projects. This is where the ambition’s front intersects. In fact, the third group is not needed and valued by first or second. The above groups want to find answers to their questions and problems themselves, while underestimating their time, which they will spend searching for answers that are most likely to be wrong. A strange situation with respect to time, however, this is constantly encountered in the project environment. Then it will be their personal mistake — a mistake of their personal ambitions. This alignment in professional relationships generates indifference, which destroys everything in its path. It generates the indifference from the third category of participants in the project environment. In addition, the dominance of ambitions generates not only a state of indifference, but also lowers the qualitative attitude to the obligations undertaken, negates the importance of a proper distribution of responsibilities when delegating certain tasks, destroys attention to the members of the team and their needs, lowers the speed of work and reaction to force — major situations, lowers the importance of large-scale thinking, dulls the development of one’s own intuition, destroys the balance between work and personal needs, and much more.

Again, the main dilemma of the conflict described above is the reluctance to understand, or better to say, to feel what a project is. One textbook will not answer directly to you, that, in fact, the project is not only a system of knowledge, skills and codes of conduct, but first of all it is respect for the structure, and if to be more accurate, respect for the project infrastructure. And the project infrastructure is those entire project processes described above, which form it. Very often personal ambitions of people ruin the opportunity to bring a brilliant idea to the infrastructure format of the project. Ambitions — all at once and now! This is not recognition of another’s opinion; it is not the desire to adapt your idea to certain success factors that are known to professionals. It is necessary to understand that uniqueness is not a success factor; it still needs to be proved and justified. It is here that conflicts are often occurring between the project (specialists who can do this) and the founder (those who are seeking funding for their project from different sources). Ambitions often ruin the project environment. And this phenomenon is everywhere — both in technological start ups (Initial Coin Offering), and in grant activity for NGO, and in traditional search of investments for business.

Therefore, what is the answer to the dilemma ‘’What is the first: project or ambitions?’’. I guess everyone should give himself, if the result is at the head of the process.