I haven't been writing videogames' reviews in many years now and I'm not changing my mind, but I want to talk about a videogame anyway: Mindustry. You can buy it for 5€ on Steam or just download a .jar file from Github and run it. 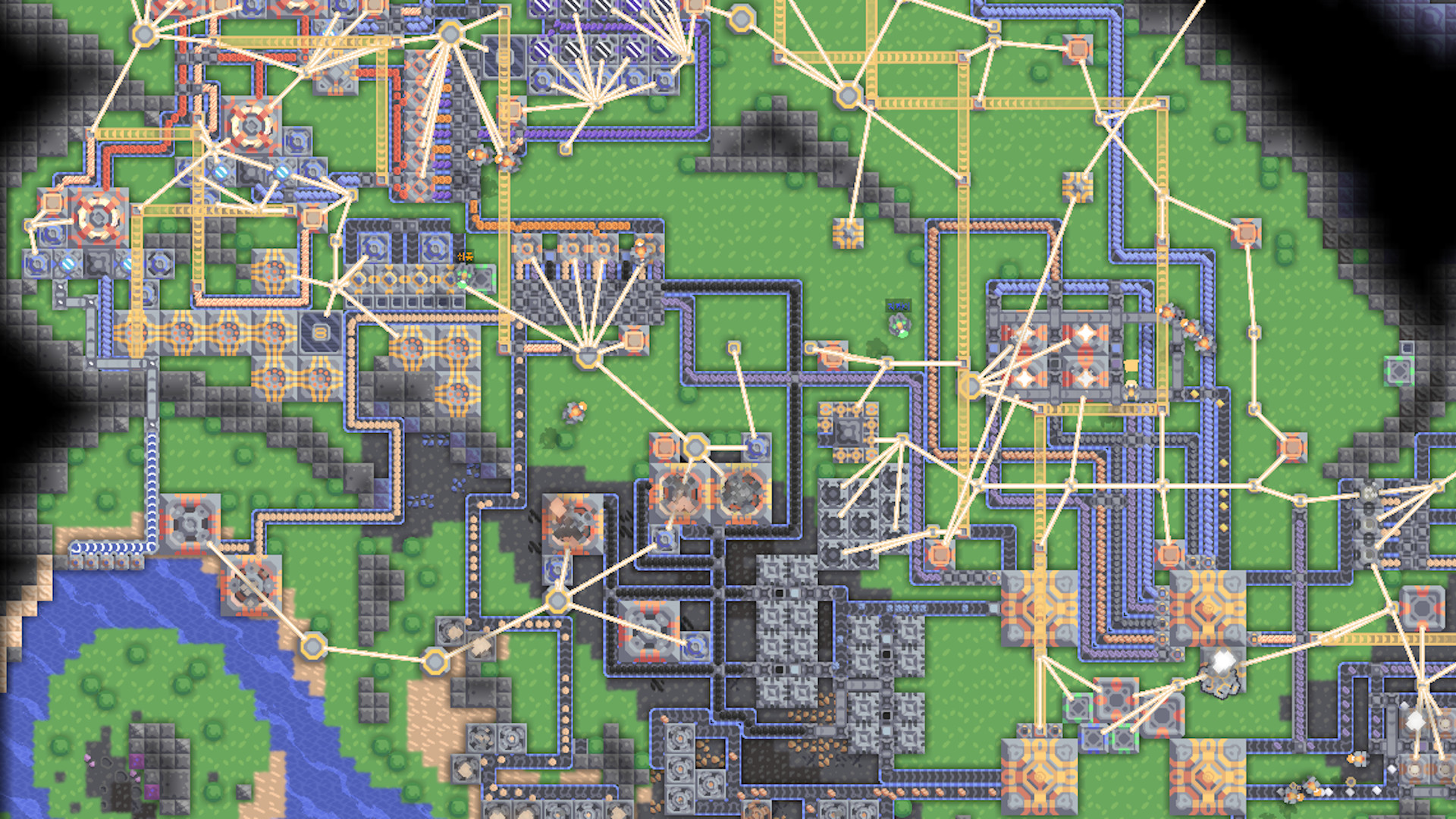 The game in itself is well thought, well designed and well executed. I don't want to go in detail about the merit of the game itself, but let's try to understand what it is about. It falls in the category of automation games, like for example Factorio, but it has much more prevalent Tower Defense elements. The player can dig up (infinite) resources, move them around and combine them in increasingly more complex chains through factories and different transporation methods. These resources can ultimately be fed to many different kinds of towers that will help you defend from waves of enemies, together with bots that can be created in dedicated factories. While these basic mechanics are just few and simple, Mindustry gives it a very horizontal width by allowing the player to build a big number of towers, fuel them in many different ways through a diverse set of production chains.

While the premise looks similar to Factorio (minus the ecologist message), the gaming experience is very different: Mindustry is faster, more multiplayer/PVP oriented and more open to personalized strategies. It is challenging without being (too) frustrating. In campaign mode, it introduces you to concepts gradually and leaves you enough time to experiment with them without being unnecessarily slow or repetitive. The sessions, both in single player and multiplayer, are shorter and more influenced by the specific layout of the map. Again, if you liked Factorio, you will like Mindustry but not because it's a “more of the same”. 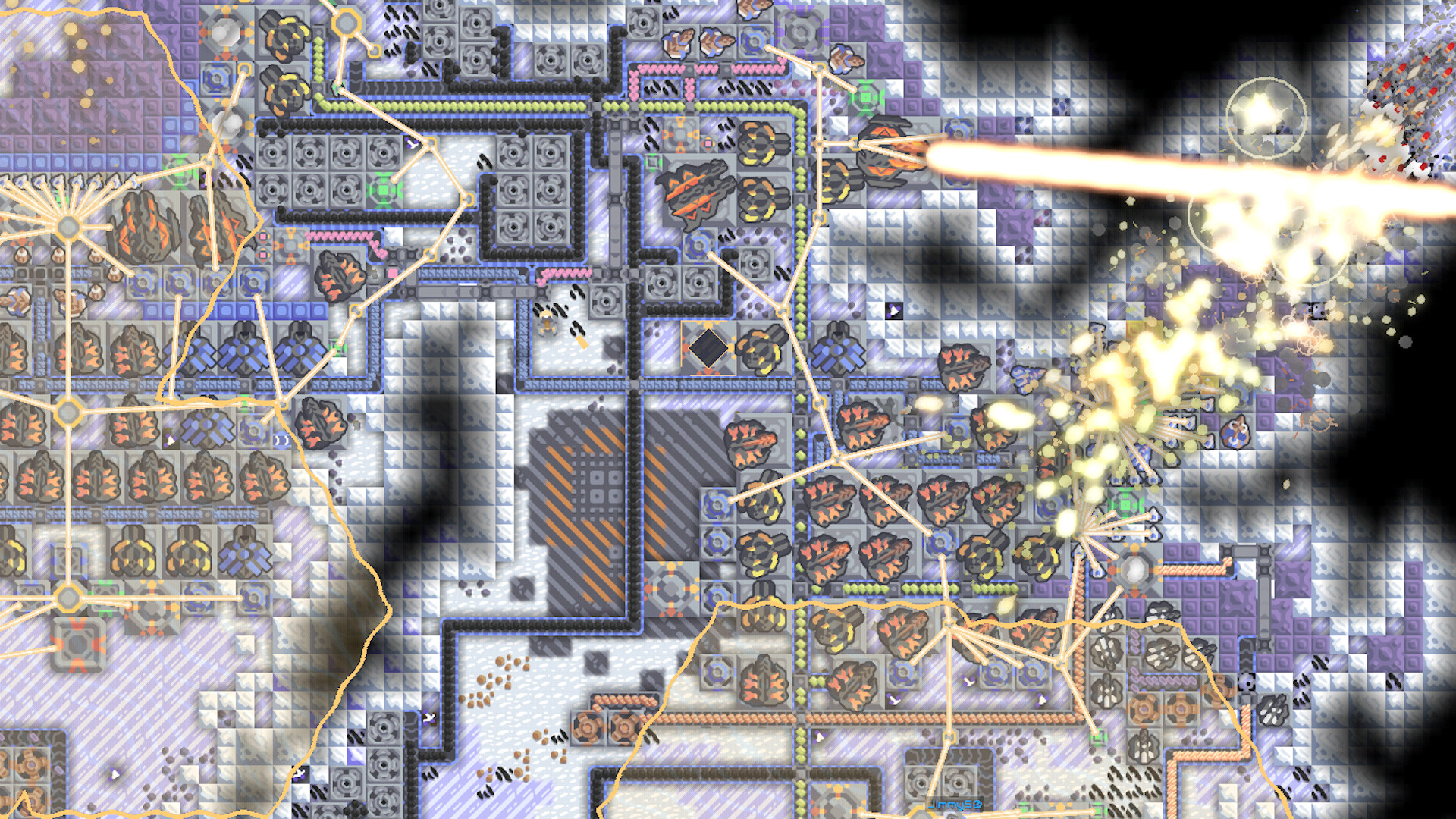 What I want to talk about is something else. This game delivers a mature, cohesive, polished visual and gaming experience that, in my opinion, is rarely matched in an open-source game and the developer(s) should be commended for it. If you have been involved in an open source game development, you know how hard it is to give artistic and design coherence to the work of multiple developers. Mindustry, for what I know, took a different path: it is the product of mainly one developer, Anuken that open-sourced the game while retaining ownership of the development.

This is his main project and he took a rather bold strategy to promote it compared to most indie developers that follow more traditional monetization strategies. Nonetheless the game fits this model perfectly well: it's small enough, it has many orthogonal elements of gameplay, it has serendipity and small mods give a lot of added value. There are clear sinergies between its Open-Source nature and the design of the game.

Contrary to many other open source games that aim at reproducing commercial games (like 0 A.D. or FreeCiv) or others that target micro-niches of hardcore gamers (like Cataclysm: Dark Days Ahead), Mindustry has the ambition to create something new that caters to a wider audience. It delivers a real and proper game and not a toolbox to build your own gaming experience like too many niche games are doing. Not that this is bad, I've been a hardcore Dwarf Fortress fan for years and I loved games like Cataclysm or Aurora 4X, but it's now time for open source games to target a different crowd.

On top of this, the whole process of contribution and release is very well structured and trasparent. The documentation is ok and it's very easy to enter the development process. The game is developed in Java with LibGDX and on a technical level shouldn't be challenging to contribute to. I've used the library in the past without previous knowledge on gaming development and I managed to achieve very good results in a relatively short span of time. 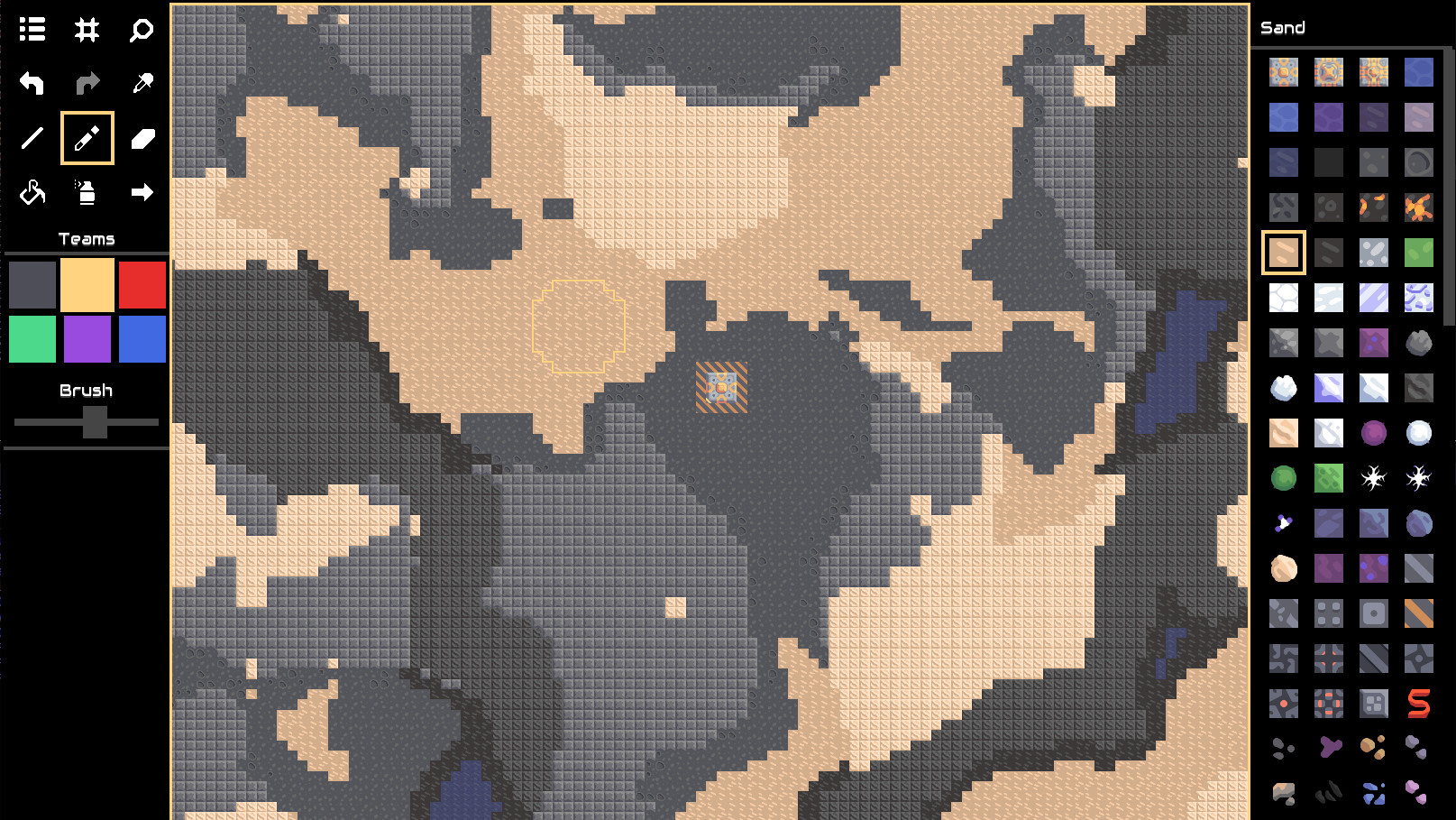 The project is now just two years old and just landed on Steam, but as I said, it's already an extremely enjoyable experience as it is and has a very active community around it, with populated online servers. Is the game enough to start a new page of Open Source gaming? Probably not. Nonetheless is a small pearl that everybody in that world should consider as a blueprint to open up their projects. I hope that in the future the main developer will document better his subjective experience and give tools to other developers to emulate him.