Today I stumbled across a website called The Outline via an article. I went to the homepage of the website and was faced with one of the coolest hero designs I've seen.

Upon inspect, I discovered that the duck background was actually a 2k image of ducks, without masking. The masking itself is a completely separate image. The developers are using a CSS property I hadn't heard of until today called mask-image.

The mask-image CSS property sets the image that is used as mask layer for an element.

This is an extremely interesting feature. Of course, I'd love to play with it, but I also was curious what the browser support was. To my surprise, it's actually pretty damn good! It looks like Safari has a few minor issues. 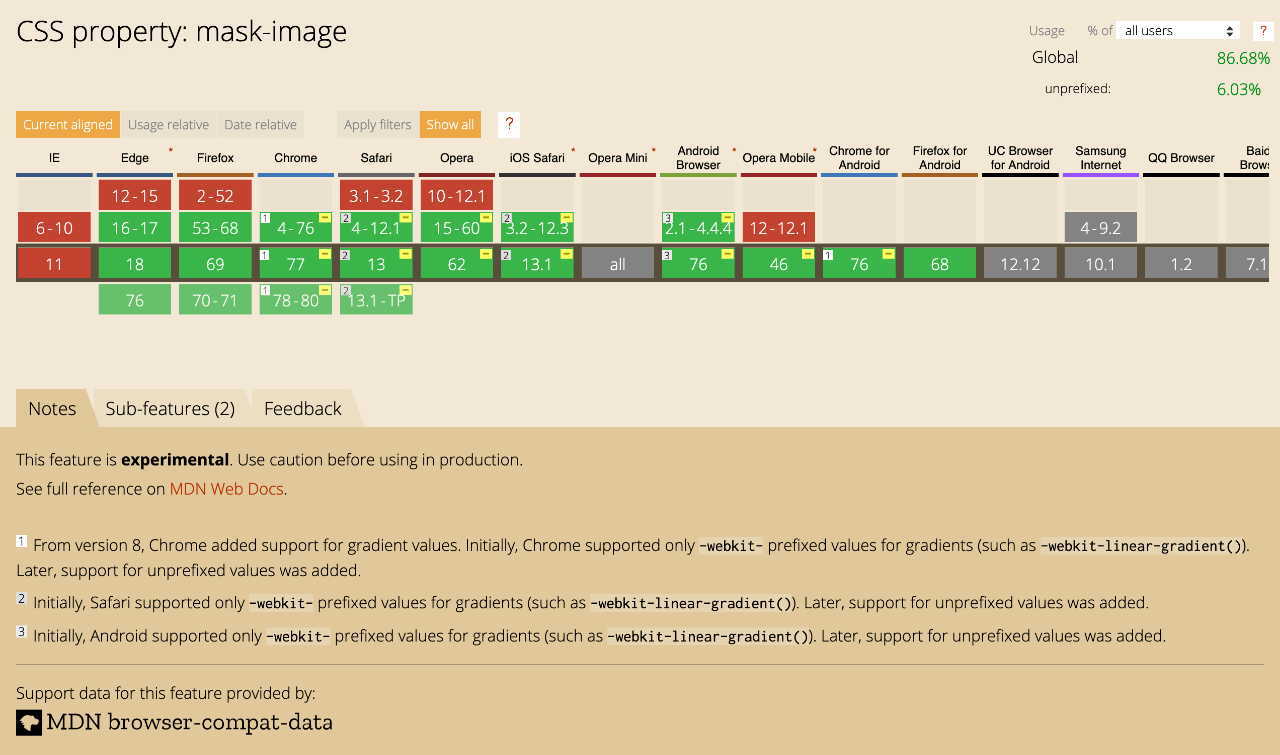 The feature is still considered experimental, but considering support and just how damn cool it is, I really want to check it out and see what I can do with it.