The Covid19 Pandemic Helped Me Uncover My Anchors

I’m about to step on a plane this morning and I’ll probably finish this article when I’m 30,000 feet in the air. Why am I boarding a plane? It’s because I’m back to traveling for work. Just over 2 years ago (my last trip was March 3, 2020) my company shut travel down for everyone.

I have to say that the company I work for is pretty forward-thinking and I do feel like they care for their employees. They’re generous with time off, benefits, and let us determine where we want to work.

Of course, all offices were closed and we went fully remote but now they’re open again and our policy is optional if you come back, provided you’re vaccinated.

Part of me is excited to go back on a plane but another part of me wants to just stay at home. I want to be home with my dogs, my partner, kids, and be productive.

Yes, I’m way more productive working from home. Productive for my company and productive in my personal life.

This flexibility, this feeling of being in control of my work life, is a silver lining of the COVID pandemic. It’s changed so many aspects of our lives and nothing is going back to the way it was.

The one good thing it’s done for me personally is helping me identify my “anchors.”

What are anchors? Anchors are all the things that “weigh” you down. They could range the gamut from self-destructive behaviors to prejudices. These false narratives often form the basis for our behaviors in society and most of us never question them, myself included.

Until one day I started questioning them.

For example, one of the anchors was my preconceived notions of being a husband and how I treated my wife. After doing the hard work and thinking about how external factors were feeding these false narratives, I no longer call her my wife but my partner now.

Things changed for the better for the two of us and I can say that we’ve never been deeper in love, having a raging desire for one another, and have never had more intimacy.

Another anchor that I’ve been working on cutting is my weight. I lost over 25 lbs since the beginning of the pandemic and I working hard to cut another 25 lbs from that anchor before I really cut it loose, but in all this introspection I found a really big anchor.

This anchor is one of the nastiest and demonic ones I’ve ever encountered and I'm not ready to share that one.

But it needs to be cut loose and I will work on it this year to free myself of its weight.

Sometimes You Have To Go It Alone

Years ago I read something from a book about stress testing yourself so you can be ready to make big things happen. One of the ways was to do something hard and do it alone. That tidbit of wisdom has bounced around in my head for years, and it still does today.

When I was 16 my friend asked me to join his hard rock band. I didn’t know how to play any instrument and I asked him “why me?”

He told me that he thought I would make a great bass player. I had never thought about playing in a band before but I did like music and thought it would be a cool thing to do.

I went down to the music store in town and talked to the owner. He was nicknamed “Fuzzy” because he had a big blonde curly explosion of hair. I told him I wanted to learn the bass guitar and he had the perfect cheap one for me.

Fuzzy sold me the bass guitar and an amp for $150 dollars, which was a lot of money for me back in 1986. I had been saving up this money from all the snow I shoveled and the allowance my parents had given me.

I took the bass home and my parents just rolled their eyes. They thought I was crazy. I was defiant, like a typical 16 year old would be and I went to my room and plugged the thing in. Then I just looked at it, I had no idea how to play it. I felt defeated but a little voice inside my head said just learn it by yourself, so I played my first note and my life changed from then on.

Over time I figured out the different notes on the fretboard, octaves, and how to play it without squeaking. Then I started to play in the band and make, what my father affectionately called, coordinated noise.

I practiced every day for hours, right after homework, and before bed. I would sit in front of the TV and just “diddle” the bass, playing scales, riffs, and the occasional song. I then saved up money to buy a “Learn to play the Bass” book and studied that.

I kept practicing and playing until one day, years later, I walked on the stage of CBGBs. I achieved a personal victory, something I always wanted to do, be on the same stage that my rock idols once played on.

While my band never made it big and we’ve been relegated to the dust bin of eternity, we did record two 7” records, got to play in and around the NYC area, and were written about in a few (fan)zines.

I did something hard and worked at it alone over time and it paid off. That’s the goal with everything I think, you have to put the time and effort into something where no one is looking for it to have an *impact on your life, not others*.

If it has a positive effect on others, then great. I do this for myself to make myself a better person. You should too.

I think this is the first post written specifically on the Write.as platform for my writer.thomasott.io account and not a post extracted during the migration of my old Coil.com blog. For the record, I did delete several old posts from that old blog they were just copies of something I posted elsewhere or on my Medium.com account.

I recently wrote on Medium about the internal struggle I’m having with the types of blogging platforms. There are so many pros and cons to each and I often paralyze myself flipping between them. So far the one I keep coming back to is Hugo with AWS Amplify for my big blogs like Neural Market Trends and Thomas Ott dot IO.

Yet, here I am testing out this platform and seeing if it can fit somewhere inside my writing flow and if a $9 a month cost is justified (once my year trial is over).

Taken on a work trip many years ago with my #ricohgrd.

While this memory isn't of importance to the viewer, it is to me. 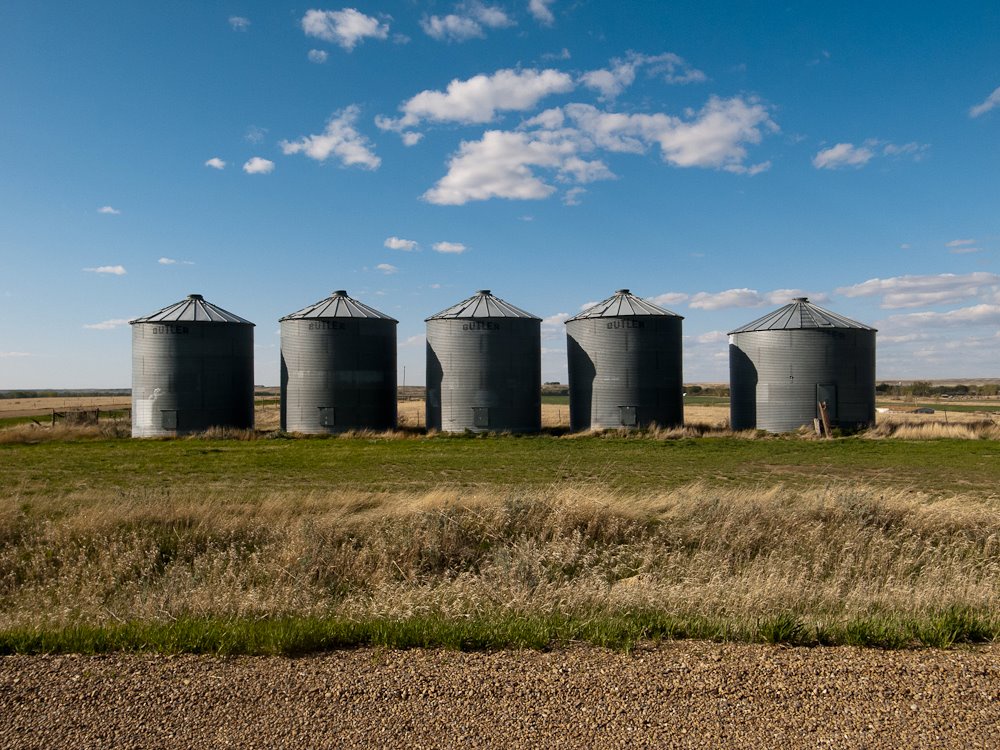 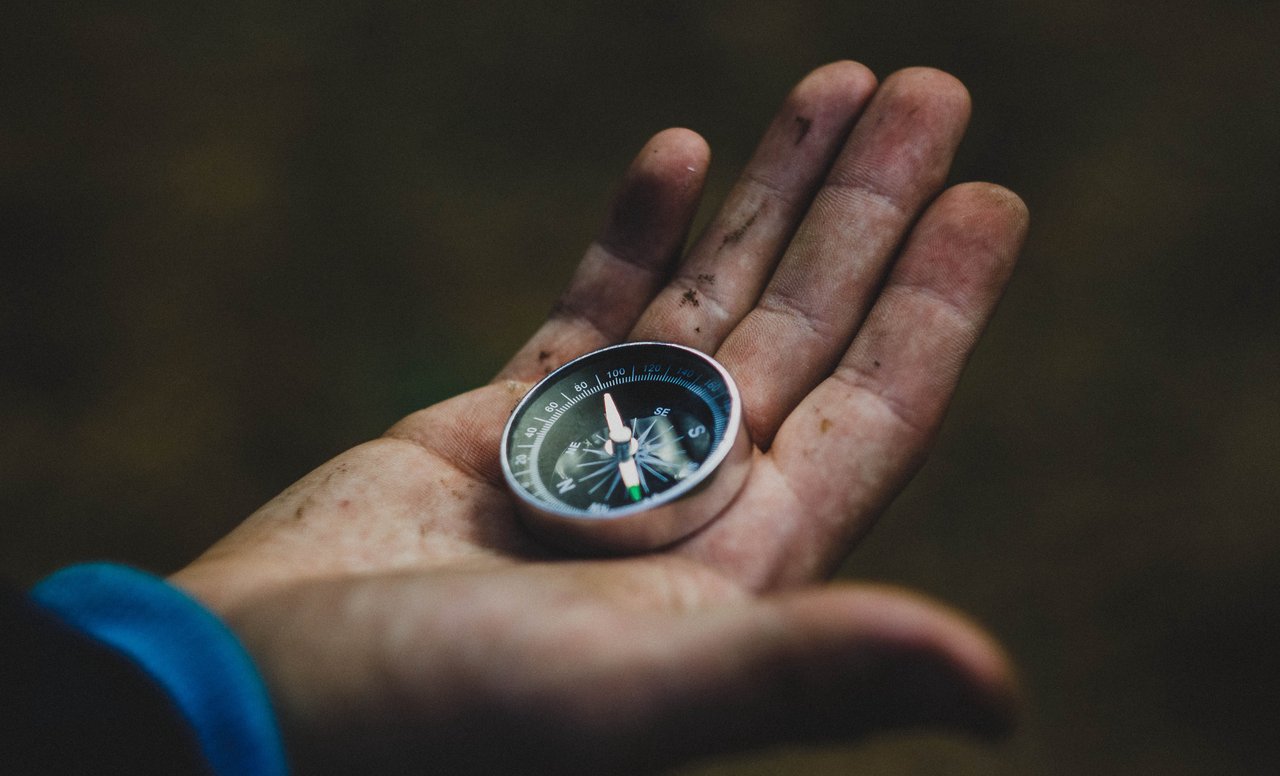 In 1994 I moved to Albuquerque. I had just graduated with my engineering degree and was offered an entry-level position at a firm out there. I packed up my meager belongings and drove 2,000+ miles cross country to start a new life. I learned about New Mexico, traveled through the state, and made long-lasting friendships. The Land of Enchantment still holds a dear place in my heart to this day.

Yet not everything was great. I learned what it was like to work in a corporation with all the positives and negatives. I had new responsibilities and I had to navigate new social situations. I made mistakes but I learned from them all.

The highs were high and the lows were low. I was getting pretty miserable after a while but then something happened that changed everything. One morning I read the Albuquerque Journal and spied a column called the Corporate Curmudgeon. It was a weekly column about inane corporate life but this week the author picked an inspirational topic. A half an hour later I was stunned by what I read.

My life had changed.

The author quoted Emerson’s essay “On Self Reliance” and that lofty essay has impacted everything I’ve ever done up till today. It taught me to always re-invent myself, to persevere in the face of adversity, and made me into the man I am today.

Right to the Point

This particular quote is what struck me hard.

If our young men miscarry in their first enterprises, they lose all heart. If the young merchant fails, men say he is ruined. If the finest genius studies at one of our colleges, and is not installed in an office within one year afterward in the cities or suburbs of Boston or New York, it seems to his friends and to himself that he is right in being disheartened, and in complaining the rest of his life. A sturdy lad from New Hampshire or Vermont, who in turn tries all the professions, who teams it, farms it, peddles, keeps a school, preaches, edits a newspaper, goes to Congress, buys a township, and so forth, in successive years, and always, like a cat, falls on his feet, is worth a hundred of these city dolls. He walks abreast with his days and feels no shame in not ‘studying a profession,’ for he does not postpone his life, but lives already. He has not one chance, but a hundred chances.

What Emerson says is that failure is ok as long as you learn from it. Make your mistakes but follow the truth! Don’t compromise who you are and walk tall. Don’t be discouraged when things go wrong, just pick yourself up and keep going.

After all, what else is there?