Dutch use for a US keyboard on Linux

I have long used Windows, and I was used to type alt-codes to get special symbols. I don't have a numeric keyboard, and I don't have Windows anymore, so I cannot type <alt> 137 for instance to get ë.

Now I use Linux mostly with a US keyboard, and often I had to switch to the Dutch keyboard, because in this way it is easy to make an “é”, just type ' and e. In the Dutch definition of the keyboard ' is a “dead” key to combine it with other keys. For switching keyboards, there is always a possible shortcut. On my computer it is <alt> <shift>. So that is not much work. But other symbols like ë, I had to copy from somewhere else to get it in my text. I tried adding languages as inputmethod to my system, to make things easier, but this did not have an effect. 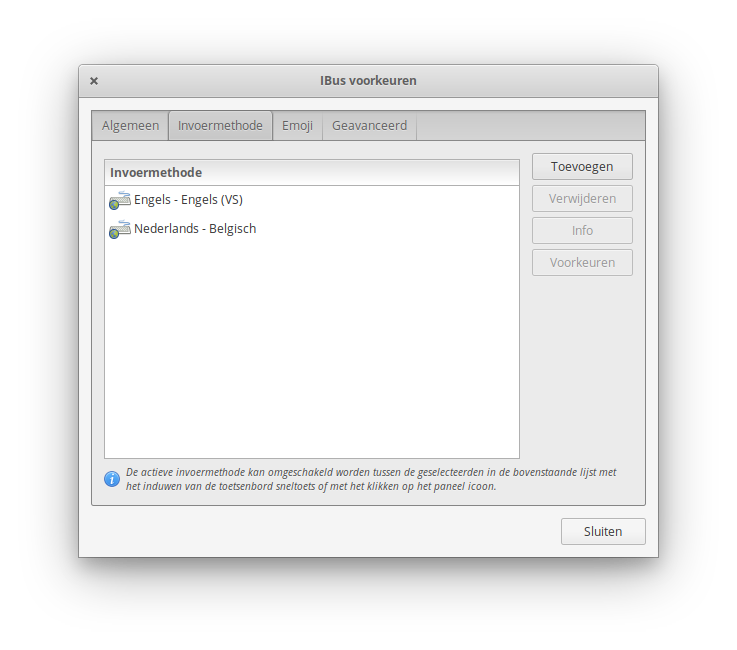 I choose Belgian (NL), and I could not use ' as a dead key, or " as a dead key. Actually I use these characters a lot, and it would not be great to have these as dead keys, because then I have to press the spacebar everytime to get a ' or a ".

Later I discovered that I can define a compose key on my computer. 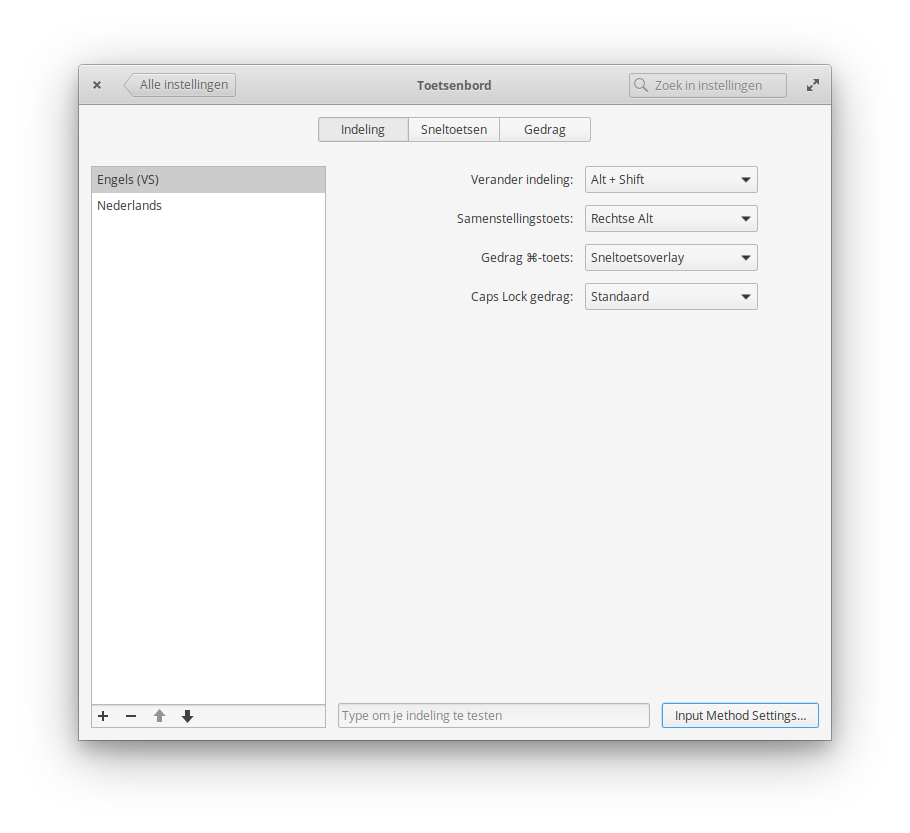 The definition of the compose key was empty in the default situation. I defined it as <AltGr> now, so I can combine keys to get these special characters. For ë, I have to first press the <AltGr> together with the <shift> and the “, after that I press the “e”. Actually the <AltGr>-key makes the simultaneous pressed key a dead key. In this example the " will not be typed, but remembered to combine it with the subsequent key that is pressed. Nice! I don't have to switch the keyboard anymore, but have to train my fingers a bit.