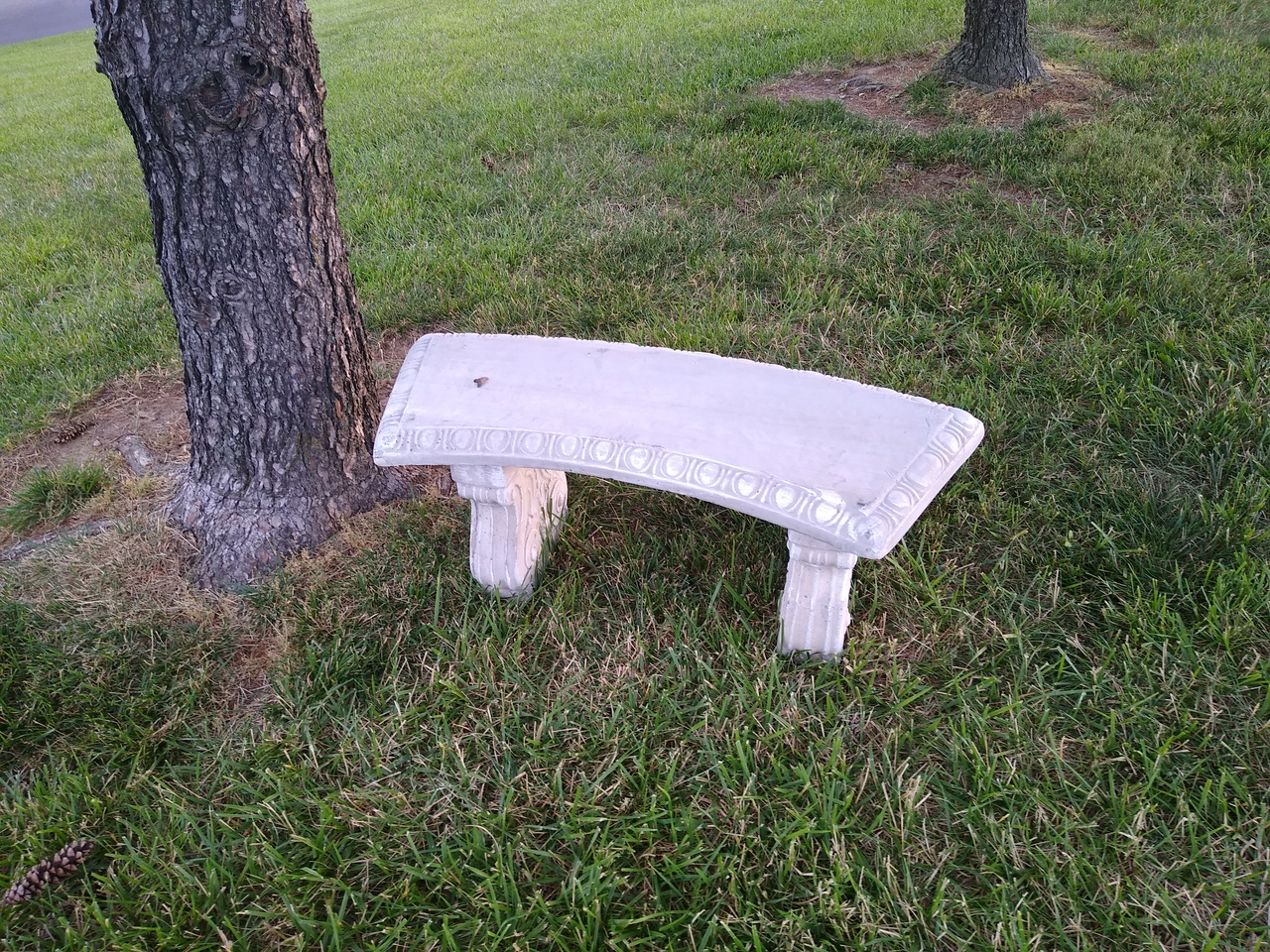 Here is the “nice sitting bench” I spoke of the other day in a blog post. It is at the top of a hill, next to a tree (obviously), but it is on Southfield Apartment property. I said I wouldn't go there just for the photo, but I decided to do that earlier, anyway. And man, I felt cursed on that property. Like walking from that property and onto the sidewalk along Baumgartner Road, I felt like I had been “hexxed” by the bad mojo that is over there. Everything felt weird, and I felt un-good until I got to the Oakville Plaza parking lot.

The photo is not special, either. It's just a concrete bench near a tree, which looks photogenic from the road below, but it's just some thing on that property. I don't know who would sit there (people recovering from the “long” walk back from Schnucks?). It's not like it is a pleasant property where people sit in open areas and socialize. There are pools areas (three of them, weirdly), but the last time I was there two of them were closed due to...issues.

Cops, ambulance, and fire trucks are in and out of there all the time. 90% of the time when I hear sirens, the sound get LOUDER but also SLOWS DOWN until the first responder pulls into Southfield Apartments. Their sign says “No Trespassing”, but it should say “Enter At Your Own Risk”.

There's the photo, though