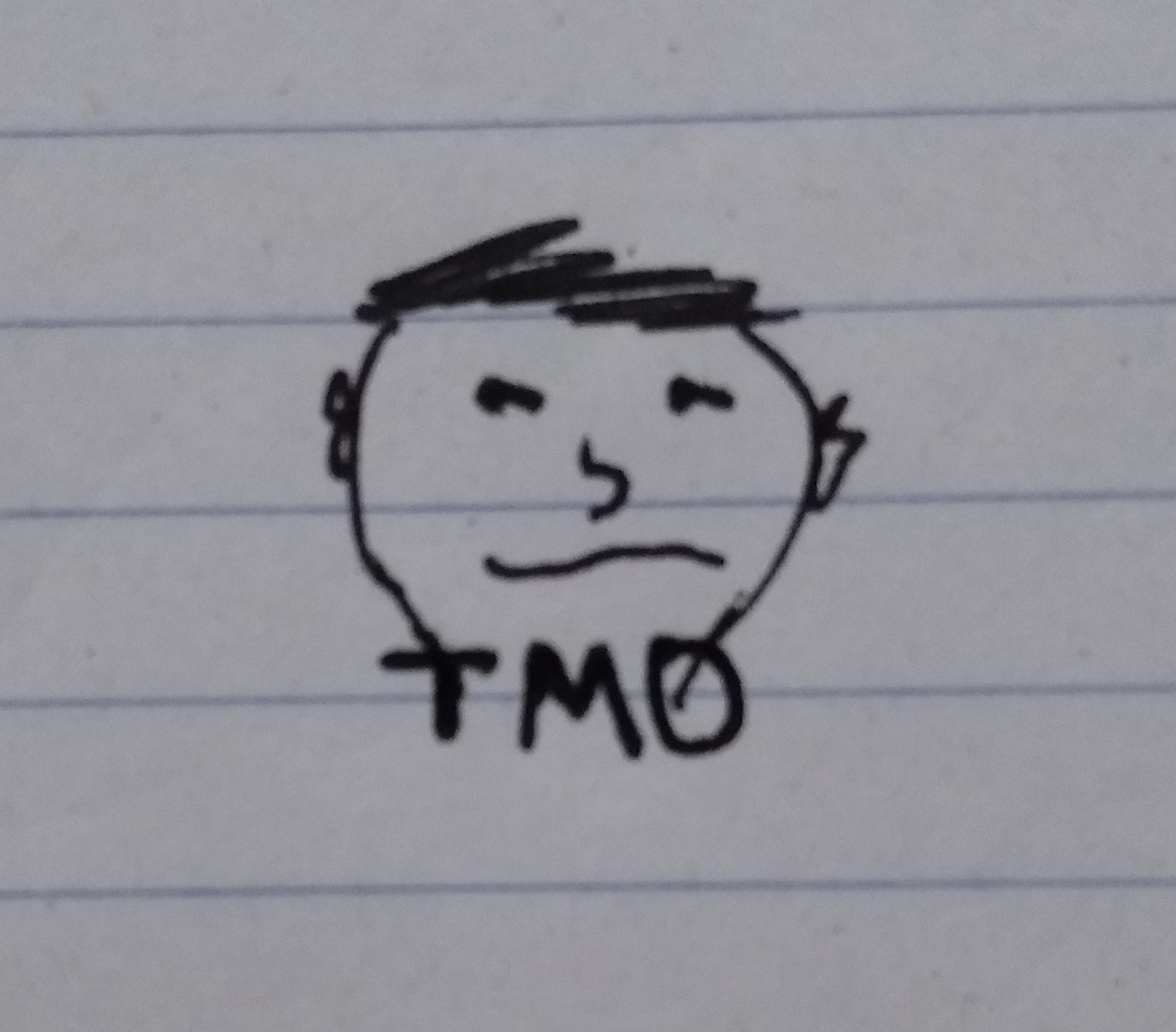 I remember on Newgrounds(.com) circa 2004/5 (when I used the service the most), there was an ongoing (large) thread in the General Forums called “let me noobify your sig”, because the forums had signatures for each user, and people often made elaborate, well-drawn, and in some cases professional signatures for themselves (because Newgrounds was (still is) a website to display animations and games), and this one user would take a fairly well made signature and make it look like a “noob” drew the thing. It was hours of amusement, and I look fondly back on that time, lol!

So, this is my noobified portrait. I was trying to get a cartoon avi generator to take a portrait of mine (a selfie, really) and make it into a cartoon, but it was taking forever to load and then just failed outright. So, I made my own. Disney/Pixar, here I come!