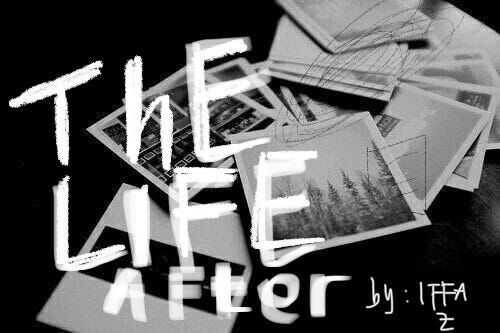 This was it. This was the night she had had enough. For weeks, she pondered on the idea but never brought herself to act upon it. Those weeks were filled with emotional torture and agony. Those weeks where her heart ached and shriveled up. She kept her ears perked up for even just a sound, but yet, not a single word was muttered in that dead house. Ever since her mother left, things hadn’t been the same. Everything felt incomplete and empty. It was as if her death had drilled a hole into hers and her father’s hearts and life was now full of sorrow and pain. She wished things could have been different. She wished her dear mother was still here and she wished she didn’t have to keep on suffering in this silent hell on Earth, where not even her own father would talk to her. So, she had to do what she thought was best. She had to do the only thing she knew how to do in this situation and that was to run away.

Her mind was a battlefield, as was her heart. The war inside her head tried to settle upon the most rational decision, but how could she think reasonably when she had been hurting for too long?

Bursting into her room, she grabbed her bag and unzipped it. She needed to do this as quickly as possible as her father was out buying groceries. Her hand grabbed at everything she deemed at least a little bit important and she shoved it into her bag. Her tears soaked the carpeted floor as she madly ran around her room. She reached up and stuck her hand into the box that was atop her shelf. She stopped in her tracks when her hand grazed over something that felt like a picture frame. Yanking it from the box, she held it up to get a look at it. It was as if time had slowed down as she saw her mother’s grinning face as she held her and her father tight in her arms. The sea of tears in her eyes blurred the girl’s vision, but she could see just enough to make her sob even more at the picture. The memory of when they took it sat distinctly and vividly in her mind. It was back when everything was fine; back when she didn’t have to worry about any of this. Staring at the image, she wondered, did she truly want to do this? Was this truly going to solve everything? Wiping her tears, she realized she had to. This had to be done… for everyone’s sake.

Carefully, she put the picture inside her bag and zipped it back up. She stood up and walked out of her room. Walking past her parents’ room, she reminisced about how it was once familiar and bright, but now was strange and awry. Her feet picked up the pace as she heard her father’s car nearing the house.

The girl went out the front door and attempted to hide away from her father’s eyes as he stared at her in confusion.

“Where are you going?” He said the first four words he had said to her ever since his wife’s funeral. His daughter ignored him and kept on walking, not slowing down her pace. “Enya?” He called, but still no response. Quickly, he got out of the car and ran towards her. He grabbed her shoulder, forcing her to stop. “What are doing?”

“Leaving,” she bluntly said before pushing past him, refusing to make eye contact. This left the man more confused and produced more questions in him.

“Leaving?” He asked. “What do you mean you’re leaving? What are you doing that for?”

This caused her to stop walking. “As if you don’t know.” She scoffed and finally turned around to look at him.

“Don’t know?” He furrowed his eyebrows. “Don’t know what?”

She stared at him with hurt in her eyes. The only thing worse than her own father giving her the silent treatment was him not even realizing it. “You mean you don’t know what you did to me?” She couldn’t believe him. “I was hurting, and what do you decide to do? You decide to shut me out and leave me to feel this pain by myself!”

“Well, how do you think I feel?” She yelled at him, causing him to turn quiet. “You weren’t the only one who lost someone that day. I lost my mom!” She paused as she wiped her tears. “I needed you, dad,” she said quieter. “I needed you, but you weren’t there. We’ve already lost her, and now the last thing we’d want is to lose each other.”

Silence fell upon them once again as they stared at each other.

Moments passed and neither of them said another word. The girl waited for her father to say something, anything, but when he stayed silent, her heart dropped lower than it already was. Disappointed, she turned to walk away. Before she moved her feet, however, to her surprise, she felt a pair of arms wrap around her waist, engulfing her in a hug. A single tear rolled down her face as she turned around and looked up at her father.

She slowly hugged him back, happy to feel his warmth again. She was crying again, but this time, they weren’t tears of sadness. No, they were tears of happiness and relief, for in this very moment, she finally received the peace that she had been longing for so long. For the first time in a while, she knew that all was well.