My diet for the last few weeks has mostly been fish (haddock/salmon/tuna with rice/pasta and broccoli or some other green veg. I have never really had this level of consistency in food before. I feel so much better as it seems my body has adjusted nicely to eating more balanced meals. I have had years of eating random junk food with the occasional super healthy cram it all in one kinda meals.

Less recently I switched to an Aeropress for my coffee, previously being an avid instant drinker, I would sink maybe 4/5 a day. Often leaving me feeling rattled and giving me trouble sleeping, I'm a sensitive soul when it comes to sleep. I now mostly just drink Lavazza but have on the odd occasion bought beans from Ozone, a rare little treat for me. One that I found tasty was NICARAGUA ENCANTO with its papaya, milk chocolate and muscovado notes. With the Aeropress I find myself having at most 2 coffees a day which keeps me on the right track.

Zap, flickering light The sound of a V12 roars The brilliant start

All the symptoms I have been experiencing have matched side effects to taking valerian root, which has been in a new tea I have been trying this last week. Feeling a little silly that I went to get a COVID test now. I was researching valerian root whilst I drank the tea so now I have a half drank a cup of the stuff next to my bed. I may be completely wrong with this but going to stop drinking it and see if I notice any improvements. On another note it actually snowed in London today, I feel like it hasn't really happened in the 5 years I have been here so that was a nice sight. I enjoyed it through my window. Later I looked on the news to see flocks of people running to a nearby hill to enjoy sledging and snowball fights. Watched a few flicks on Mubi again today, Tyrel by Sebastián Silva which showed resemblance to Jordan Peele's Get Out but without the gore and psych-thriller elements. The movie made me uncomfortable from the get-go which I'm sure is what was intended. I plan on getting more into writing reviews for these films I'm watching as I am such a sucker for enjoying things but not giving the effort to explain why or what exactly made me enjoy it. (I think it is some form of resentment for crits I had to do at art school) Would also help improve my writing skills, more concise and formal language. Anyway lets Haiku...

So the list I made in my previous post was in vain. I have felt crappy for the last few days. Headaches and overall just bleh. I decided to take a COVID test for peace of mind. As I recognised some of my symptoms matched with that of the new strain of COVID that is knocking about. So for the sake of humanity as we know it, I jammed a swab down the back of my throat till my eyes watered. You can thank me later. I should get the results in the next few days.

When I arrived at the test site a lady was leaving, mask round her chin, blabbering on the phone to someone saying

“The test site I went to in Arsenal yeah, that one yeah. They say its only 75% accurate. But this one here is 95% accurate. – Yeah yeah I know. This one is the bee's knees.”

I tried, well kind of To do the things I stated Pusillanimous

In the morning I must 1. Shave head 2. Shave face 3. Eat solid breakfast 4. Drink good coffee 5. Give my bicycle a once over 6. Hoover room

Another day another great film, Ratcatcher Directed by Lynne Ramsay. I subbed to Mubi whilst they had their 3 months for £1 deal and I honestly think I will be continuing with it once that it is up. I dont know if the deal is still on? Nothing notable today other than that. Got some writing to do surrounding cycling but will save that for the weekend.

I watched the Steve McQueen Film Hunger today. Such an incredibly haunting depiction of the conflict in Northern Ireland. I had never learned a great deal about it before, some serious reading is on the cards. Open to hearing any suggestions of docs or books that might educate me further. I have been feeling the urge to paint/draw again, I might start accompanying the posts with some illustrations like on my previous post, let's see if I can find the motivation somewhere. I have been getting a lot from doing this, I feel good just knowing I'm completing something/sticking to what I set out to do. Its a very small part of my day but maybe that says a lot about where I am right now.

Nothing much today, very much floating through the cosmos. Called my mum and spoke about my grandparents and my difficult aunt, the usual. I keep having this thought of leaving London for good. I always imagined a time limit on it and I find myself wondering if I can see it on the horizon. The COVID situation has made this seem worse than it is. I am sure many of you can agree that big cities can seem lonelier at times despite being surrounded by people (strangers). Maybe that's it, no familiar faces. Just lots and lots of strangers. I have a fear and anxiety about leaving as I might regret it, but with any change in life that is natural. I think my plan is to see how life improves after lockdown, if it's just a COVID thing or if its a me thing. I have included an illustration today, what a treat. I feel it reflects the above thoughts on me feeling isolated. P.s Thank you for the mention TMO, stay cool. 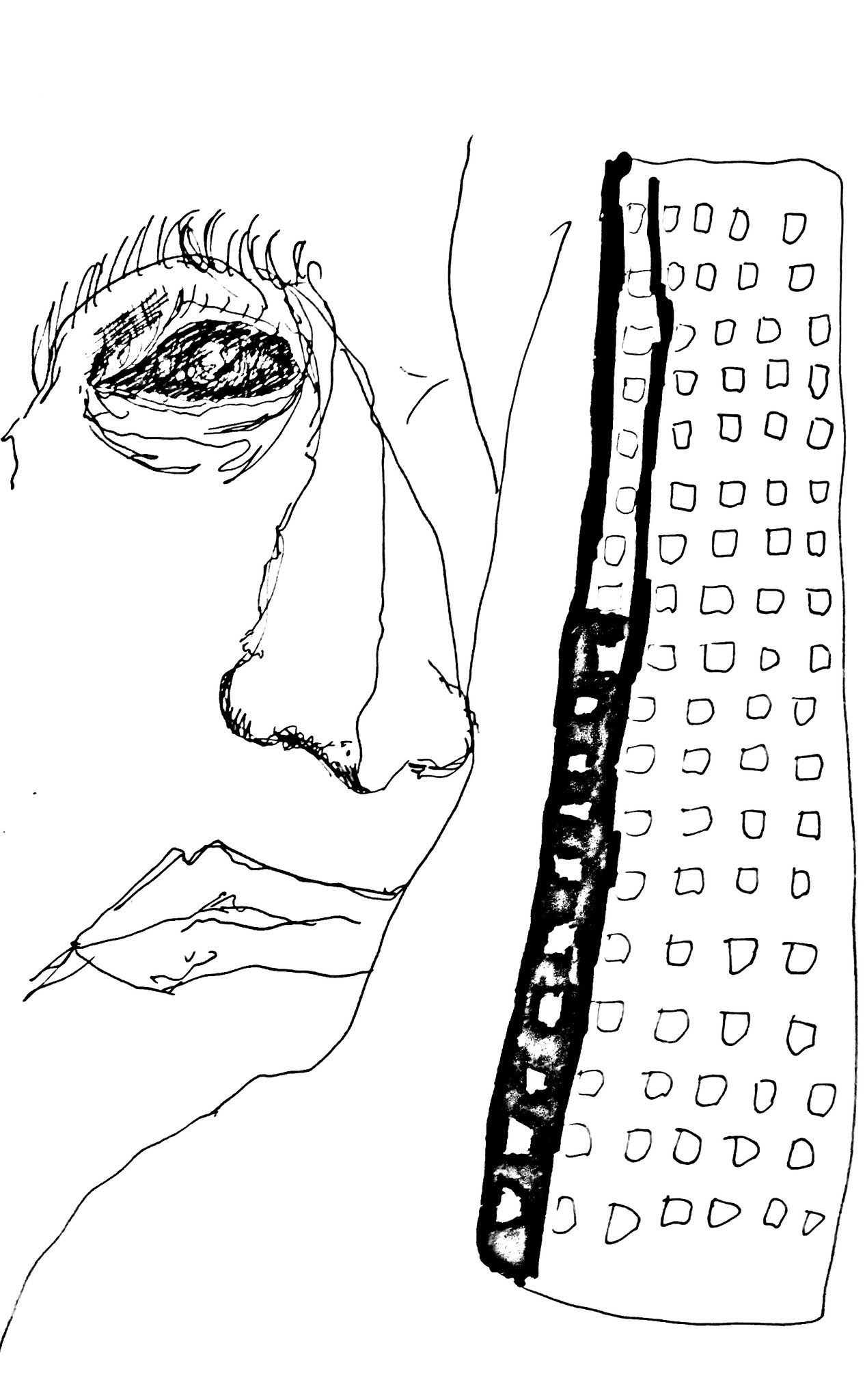 Today I fought my ritualised afternoon nap, wore socks with sandals and ate a balanced meal. I also had a weird memory of playing a platform game on my xbox and really loving the soundtrack. That game was called Apple Jack its just really inoffensive acoustic music that plinks away in the background whilst you collect coins and jump around. I don't even remember playing the game that much but for some reason, the music stayed with me around 10 years later. It was from a time in my where I would be foolin around with friends 90% of the time, skateboarding and video games filled my days. It was pure and easy.

I was congratulated by an IRL friend and write.as'er for completing my first week of Haikus. I had not really noticed that I had even done a week but it has been nice to explore as I never really paid much attention to writing anything before. I am a much more visual person, having studied my BA in illustration and further exploring photography. The creative ebb and flow can leave me uninspired for weeks at a time, usually accompanied by a depressive lul. It has been nice to have this creative outlet set in my routine and has felt nice knowing people are reading the sub-par words I have been throwing down. Thank you RWA people.

I make playlists from time to time, here is one I am most proud of. Switch off and let the sounds wash over you.