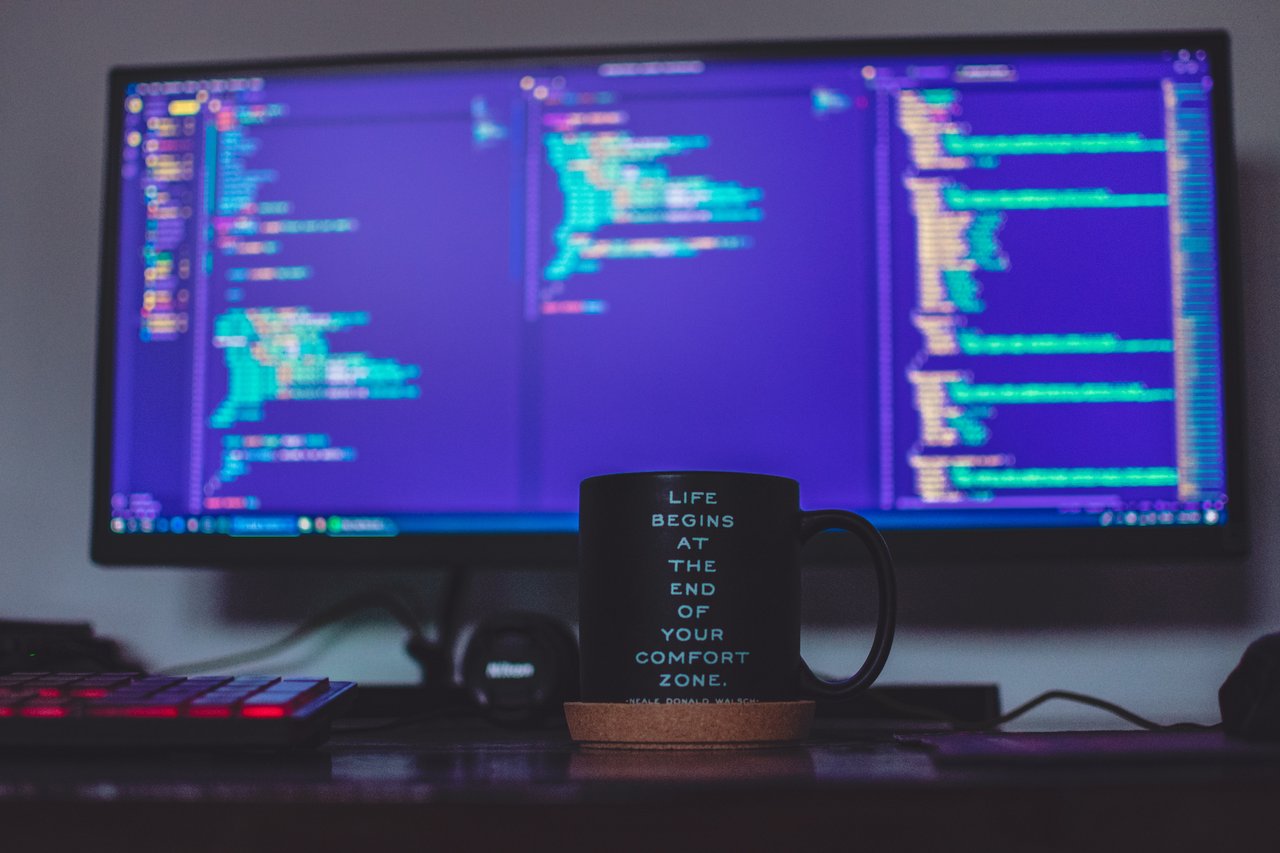 Nope. Not magic. Those coders just learned how to do that 😉 Some learned it a little faster because they already had coding experience, but they had to start without any coding experience as well.

I cannot code. It's too hard. I don't understand it, at all.

But you can. The basics are not hard. If you can solve easy riddles, think logically, you can definitely do some basic coding after a few minutes of studying this blog (OK, 30 minutes, maybe ;))

My computer is old, it cannot be used for coding, right?

Don't worry, your computer will be able to do this (as will you).

And I am going to try to explain what to do, and what you are actually doing. Let's have some fun!

I guess this is the hardest part. Honestly. If you want to start coding (let's say you google “how to start coding”) you'll find a million tutorials, how to's, video's and they will all tell you to download tool X, install application Y, start with programming language Z, and so on.

We're going to code Javascript (let's call it JS), and we're going to run the JS code on our computer using nodejs. If you just start coding JS, your computer won't know what to do with those coded JS files. Your computer needs nodejs to run your code.

I picked JS because:

Note: if you google javascript, nodejs, etc. you'll find a lot of contradicting, possibly outdated information. There are many different JS frameworks, dialects and ways to run JS code. It can run in your browser, on your computer, on a server, as an application, etc. It can be very confusing at times but I'll keep this tutorial as simple as possible by focussing only on the things we need to get you started.

Code editor and a way to run your code

You can use Notepad to write code, but there are code editors (applications) to make the life of developers a lot easier. Code editors are Notepad on steroids: they offer code completion, tooltips with information, automatic indentation, syntax highlighting, etc.

Again, there are several good code editors. We're going with Visual Studio Code because it's open source, fast, offers a great plugin ecosystem and it runs on Windows, OSX and Linux.

We'll run the JS code we're going to write using nodejs. In the next video I'll show/explain in 4 minutes how to install and configure your computer to do some actual coding 😎

So now your computer is ready. Time to explain a little bit more and start coding!

Before we start coding

Before we are going to write a few lines of code, there are a few things I want to explain. These things will help you understand what's happening in a few minutes (when writing some code).

Practice: write a few simple lines of code and run it:

That wasn't that hard, was it? Now you know how to write a line and execute it, we're going to install a dependency using npm, called rippled-ws-client. This is a package I created to make a connection with a XRPL node, send a request and receive the response data from the XRPL node.

Using the rippled-ws-client package we will setup a websocket connection to my XRPL node. A server (like an XRPL node) allow websocket connections to be made by a client (like your JS code) to send and receive information. Websockets can stay open for a long period of time while allowing two way communication between the client and server.

So let's install the package using npm, and start using the package to connect to wss://fh.xrpl.ws: a secure websocket connection (wss) to fh.xrpl.ws: my full history XRPL node.

Here's the code we just wrote:

The client returns a Promise. You can recognize a JS promise by the ...then()...catch()... syntax. A promise:

The piece of code we just wrote can be explained like this:

After printing 'Connected' in the terminal, we call the close() method. The close() method is one of the methods available on the **connection** object. Another method available is send(), allowing you to send a JSON formatted command to the connected XRPL node.

We're going to get the account Balance from the response. The balance will be a string (instead of a integer) in drops. There are one million drops per XRP, so to show our XRPL account balance, we'll have to:

Let's do this. Here goes nothing 😉

You just coded your own live connection to the XRP ledger, and got your balance from an XRPL node. Cool 😎 right!?

Well, that's it for now. You probably have some questions and we've barely scratched the surface of coding node, talking to XRPL nodes, etc. but we had to start somewhere, right?

I'll make some time in the future to do a few follow up blogs, picking up where we left off. Maybe some other community members will jump in to answer some questions 😇?

There are some more code snippets below for Coil subscribers!