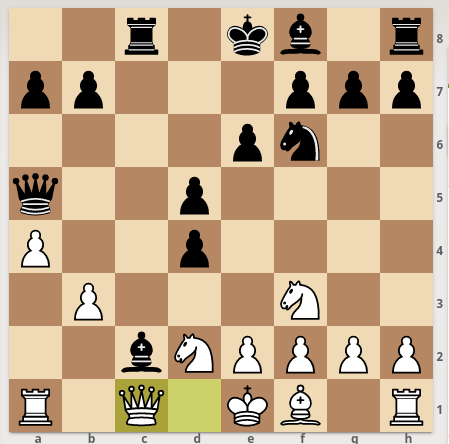 This morning I was notified by a club in which I play that I had won another game with the White pieces. And this is another victory that has me scratching my head and wondering: why? Black's army had stormed out after my conventional opening and launched a powerful attack on my Queen-side.

But then... he apparently let his clock run out, something pretty unusual given the very relaxed time-controls we were using, giving me the win here by default. And he had been playing such a strong game!

The position of pieces at game's end is above, and our full move record is below: