The Definitive Guide to Watching Big Brother Canada From Outside Canada

Every year, new viewers join the BBCan community. Because it is a little difficult to watch the show/feeds outside from Canada, here is a definitive guide to doing so. 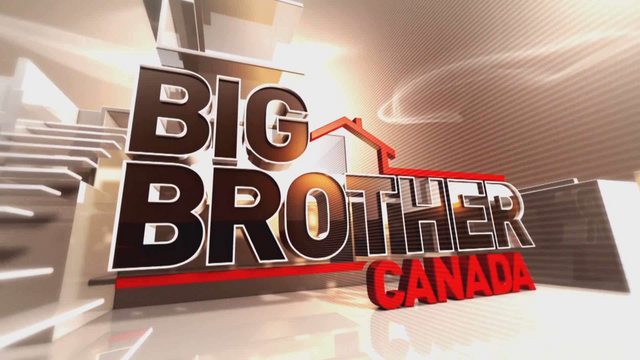 (Note: This information may not be updated for changes to the current season, so check back if you are having issues)

Big Brother Canada airs on the Global TV network in Canada itself. There are multiple hurdles I will address here, but we will take it step by step. I go into general detail about how and why everything works, but check out the bottom of the post for a TL;DR version.

Geoblocking/using a VPN to bypass it

Geoblocking is the process of restricting use of a website, app, piece of content, etc. to within a certain geographic location. This is typically done by checking your internet connection's IP address to determine the location that you are currently accessing the content from. (This can also be done via GPS on something like a mobile device to get a much more precise location, but in this case, we don’t have to worry about that.) Unfortunately, Global geoblocks the content on their website for use only within Canada (there are multiple reasons for this, but the main one has to do with broadcasting rights of the programing outside Canada…but you probably don’t care about that!) so this block must be bypassed by someone who is outside the country in order to watch said content.

To do this, we will need a VPN.

To make a long story short, when you use a VPN, you are actually accessing the content on another machine’s internet connection and then the content is forwarded on to your device. The connection is encrypted the entire time, so no one can see what information the VPN server is sending you. Because of the way this process works, a VPN is good not only for bypassing geoblocked content but also normal internet security/privacy. Many people use a VPN on a daily basis to protect themselves from hackers intercepting your data, the government potentially spying on you or blocking you from viewing certain data, (which does happen in some countries) or ISPs selectively filtering/manipulating your data (which is what the idea of Net Neutrality is all about, but you will have to go somewhere else to learn about that!).

There are hundreds of different VPN providers (this site is has a ton of great information and comparisons of different providers, but it will probably quickly overwhelm you and make your head spin). Almost any of them will work for our needs, so I will cover a few that I have experience with in the past.

A word of caution: Free VPN’s (including a popular one called “Hola” which people frequently talk about) are not at all recommended. You get what you pay for (in the sense that they are usually slow, unstable and often times barely work) and there is a reason they are giving them to you for free (they are using your connection to operate their VPN network.) A few years back, it was discovered that “Hola” was using people’s connections as VPN servers for both their free AND paid services. By this, I mean that they were sending other people’s internet traffic through your internet connection, which both slows down your internet and also makes it appear to your Internet Service Provider that you are doing the illegal/illicit activity that VPN’s are often used to hide. Not cool.

Once you have your VPN set up and connected to a server in Canada, you are ready to use the Big Brother Canada site just as our Canadian friends would! The actual episodes are typically posted a few hours after they air here. (Usually ~12am-3am pt the next day)

When they start, (typically after the Thursday episode on premiere week) you will be able to view the Live Feeds for free here.

There are various sites that stream the episodes live (East Coast Time) throughout the season as well are re-stream the feeds. Links can be found below:

Episodes are typically posted at some point on video providers like YouTube, DailyMotion, etc. They often take longer to go up, get quickly pulled down due to copywrite claims, and can be hard to find because fake accounts flood the services with videos they claim are the episodes, but are in fact spam.

The above mentioned Video Brother and BMXtv also have “archives” available to access all past Big Brother Canada seasons. I am not sure how quickly they update the archives with episodes, but you will probably be able to find new episodes there sometime after they air.

This seems to have been removed from the Roku store as of now. At one time, you could still manually download it/buy it, but Global is no longer listed on the channel list, so YMMV. 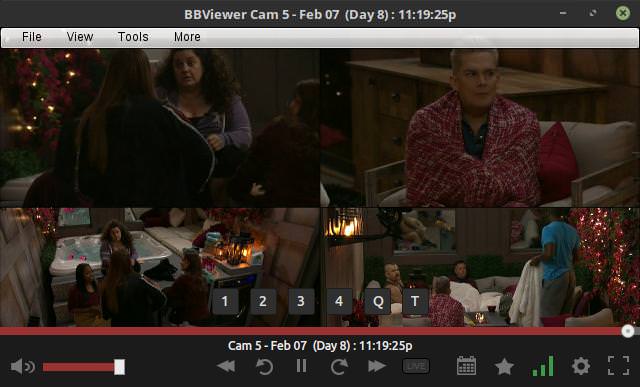 As with Big Brother US, if you watch the feeds, you know BBViewer is an amazing application (for Windows and Mac) that is infinitely better than watching in a web browser. You can open multiple windows to view different feeds at the same time, adjust the quality/volume of each individually, pan the audio to listen to the left or right “scenes” in quad cam, etc. It is a free download available here, and if you like it, be sure to pitch the creator (liquid8d on Twitter) a few bucks on his donation page, because he makes this amazing program available for free every year!

Note: BBViewer can typically be used without a VPN. This has, at times, temporarily stopped working in the past and could change at any time. (Last season, a VPN was required to use BBViewer to watch the episodes live and archived. However, you could watch feeds without a VPN.)

Edit: A live stream is available with a VPN in BBViewer, but the archived episodes are not being added there at this time. (Updated for BBCan7)

If you have any questions or suggestions, let me know in this thread on Reddit!

3/2/20: I have done a preliminary sweep of the article in preparation for BBCan8. Hopefully the info is up to date as of now, but I will edit if/when there are changes/new information after the premiere.