A computer that never was

The Computer History Museum has a transcript of a long interview with David Liddle (PDF) that talks about his history with the ARPANET community. Apparently this RFC discusses a network workstation that he had single-handedly built a protoype of and that apparently Owens-Illinois was considering putting into production, though they never did.

This is a very long RFC and it's for a piece of hardware that never went in to production so I'm not going to get into extremely fine detail.

The DS-1 is planned to be, essentially, a personal computer before that was really even a category of machine. It's billed as an “intelligent terminal”, so a terminal with its own computing power, but the “offline system” can debug, edit, and display graphics.

It uses an Owens-Illinois DIGIVUE Model 512-60 plasma display. Here's a page from a 1972 trade industry advertisement for the model (PDF) for it: 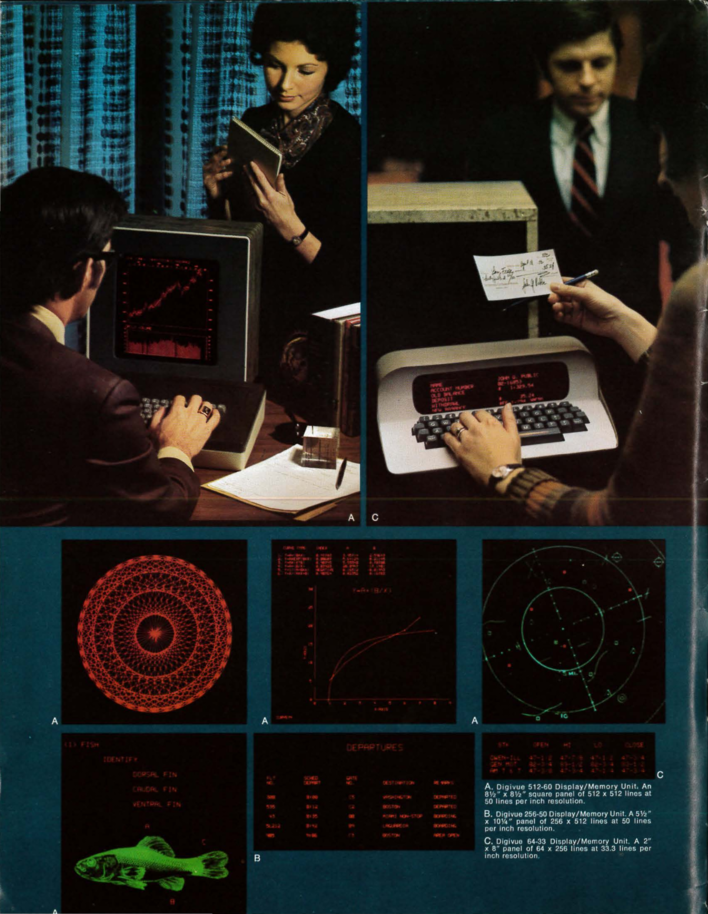 It will be able to connect via a modem or an RS-232 cable.

I had no idea that RS-232 was a thing in 1971! It was still widely used in computing in the 1990s when I was a kid, but it was invented way back in 1960. Wikipedia has more on this venerable hardware standard.

And once again, this interview with David Liddle (PDF) is full of wonderful anecdotes, especially about Liddle's time at Xerox PARC and a lot of the minutiae of patent disputes and negotiations between computer manufacturers.