The Computer History Museum has just this month made the scans of RFCs 1 through 9 available! The listing is here, and here is a direct link to the PDF.

While the RFC Editor site has scans of many early RFCs, they do not host scans of numbers 1 through 7, and this is the first I'm aware of these being made available online for public viewing.

The missing cover page of RFC-2

The canonical version of RFC-2 states that the original cover page was missing and so they didn't know its title. There is an erratum filed on it from years later pointing out that it was named in RFC-3 so we do actually know that it was called “Host Software”. Well everyone, let me present to you.... THE MISSING COVER PAGE OF RFC-2: 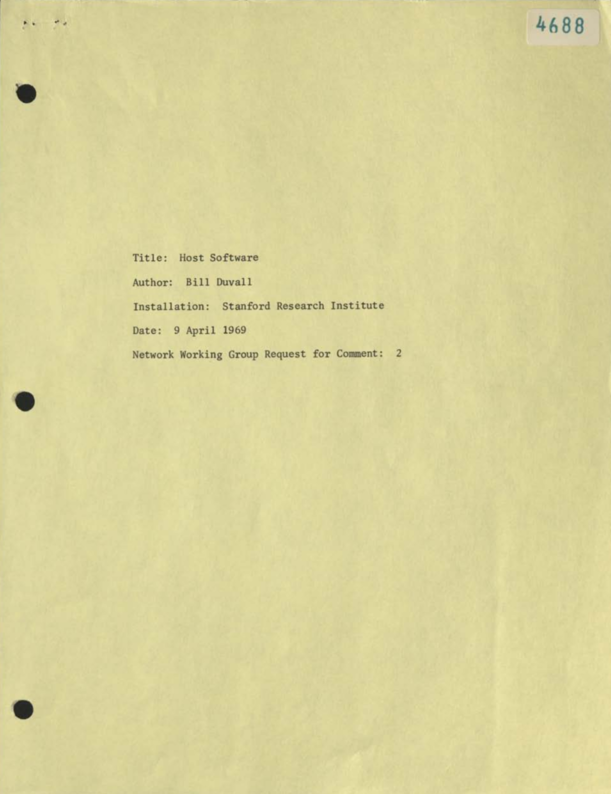 In my comments on RFC-1 I wondered if the typewriter art was an artifact of the transcription made in the 90s. Turns out, it was. Here is the normative version you can find online: 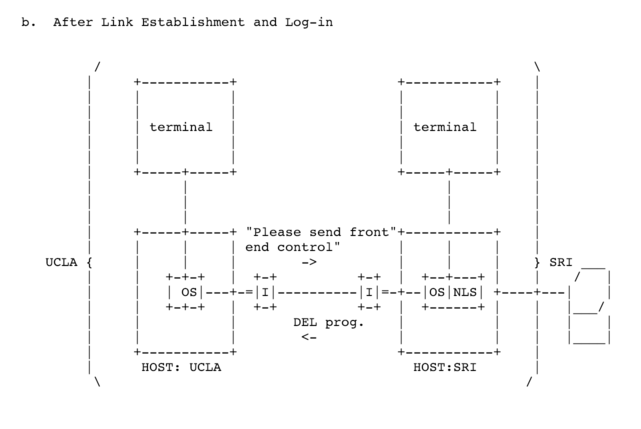 Here is the original, along with a few other diagrams: 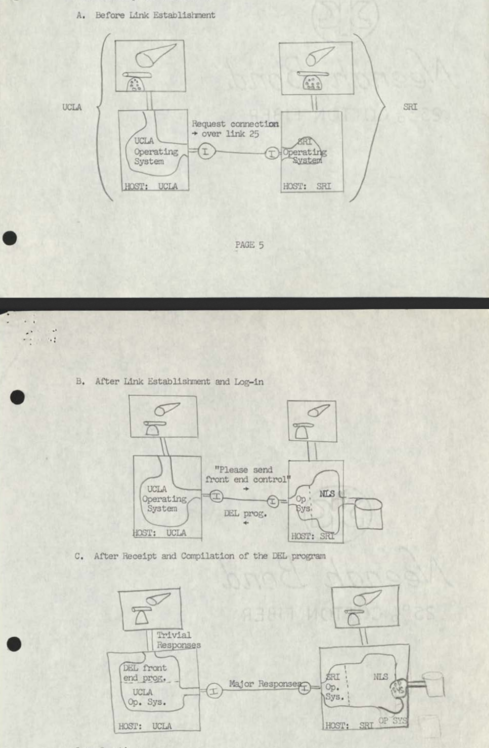 There's something beautiful and almost biological about these drawings, presumably made by Steve Crocker. It looks like the kind of thing you see on the whiteboards at School for Poetic Computation!

This doesn't mean the early RFCs lack for typewriter art! Check out the art in RFC-2: 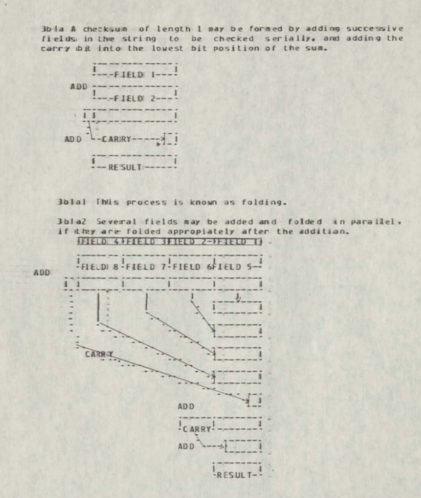 This is almost faithfully reproduced in the ASCII transcription from the 90s, but the original version is blockier and it's also got pen drawings overlaid on top to make the lines seem more like lines.

An interesting development for RFC-8

The hand written version of RFC-8 matches the version hosted on RFC Editor, with one important addition: there is also a full transcription provided by ARC! This is a contemporary transcription of a document that is really hard to read and would be a great source for an official, normative transcription of RFC-8 for the series (this is one of the only hand written RFCs that was not transcribed to machine readable text by the late 1990s).