The Racket language lets me enjoy scripting, so that the adding machine does work that would be repetitive drudgery the human being. Automating “the boring stuff” is what computers are for.

This little script makes it easy for me to share pictures that have been batch-converted with Racket. (fn:1) I have a script that takes a text file of image basenames (such as “010”) with sentences and generates an html page to print out as a worksheet. The worksheets have been working well for our GDM (Graded Direct Method) class, but uploading the pictures with Markdown to WriteFreely is going to get more cumbersome as the sentences get longer and more numerous.

An hour or two of focus this evening let me WriteFreely blog the fourth lesson in a smooth manner. (fn:2) 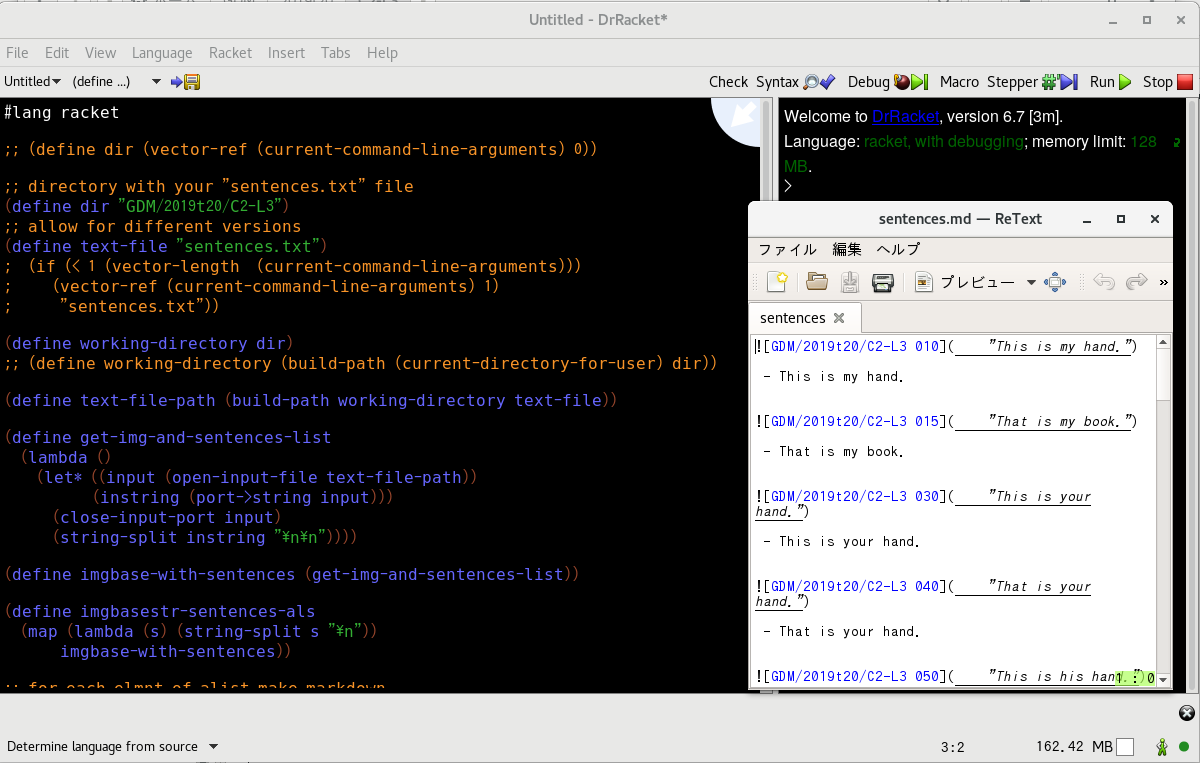 A water fountain at Miyakonojyo Agricultural High School reminded me of a Financial Literacy lesson idea. I used to do this with emacs org-mode tables and it was fun. But now, with Beginning/Basic Education in the back of my mind, I try to do everything in DrRacket (and then use emacs to get a shell script to work). 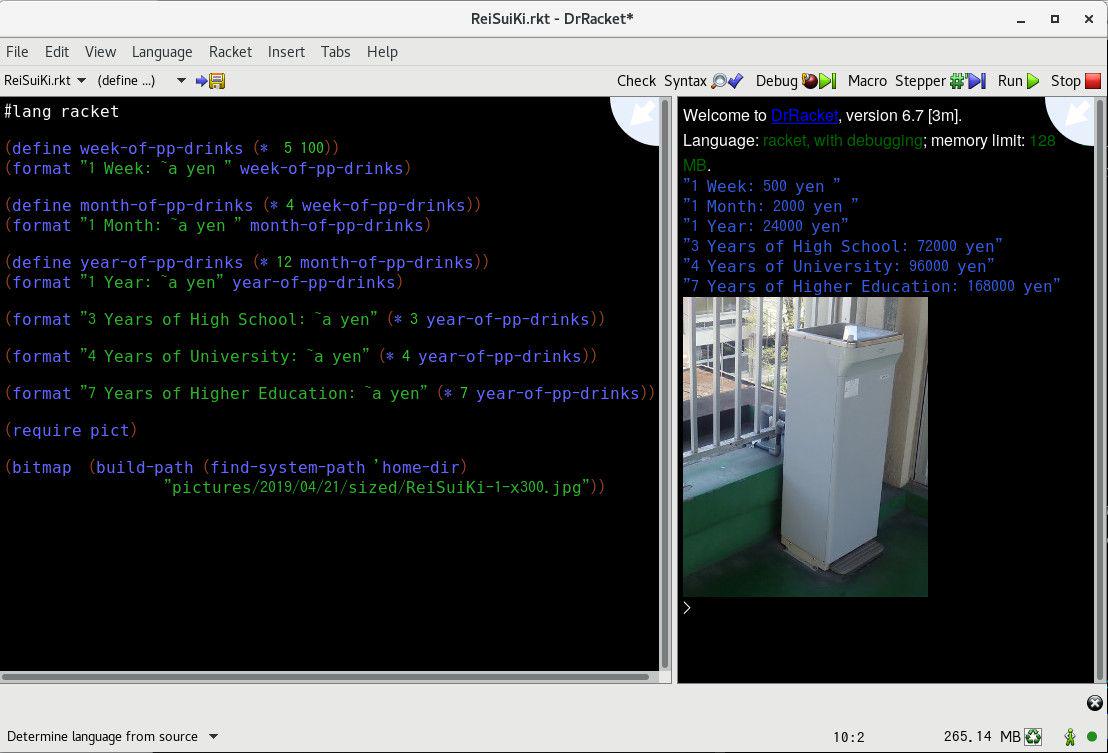 At some point, I should use student comments to help explain teaching English with the Graded Direct Method. (fn:1) At the start of the semester more than half the students write comments at the bottom of the class worksheets. (fn:2) I print out the comments and leave them on the table where students collect the previous's classes worksheets at the start of every class. With emacs org-mode I used two windows and a keyboard shortcuts to keep a list of comments and their student's numbers in sync. Then I exported just the comments. Without consent to publicize the comments it seemed like a decent way to share the comments in class. (The few comments included in the script were edited and/or translated beyond recognition from among 58 comments.) After working with Guile and Racket over the past month or so, it seems simpler to just work with nested association lists. At least the data entry part will be simpler. I might end up re-inventing the wheel in the area of data-base-like approaches, but re-discovery will be good for my learning when/if I ever need to learn/use databases. 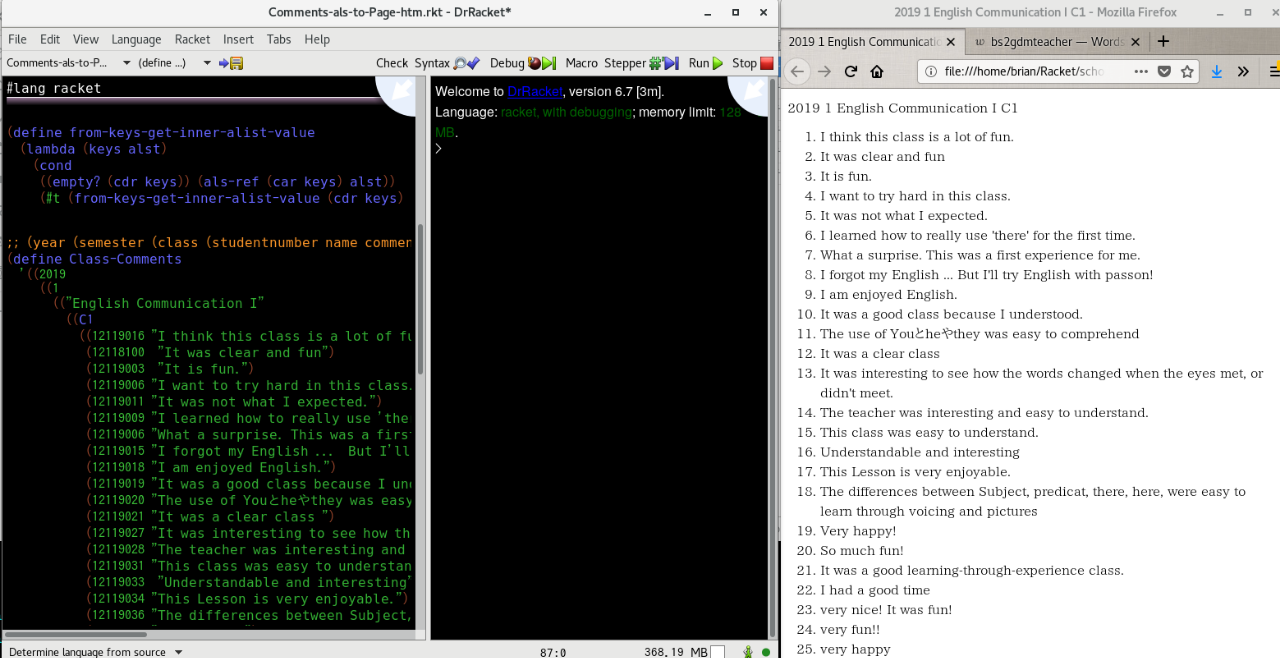