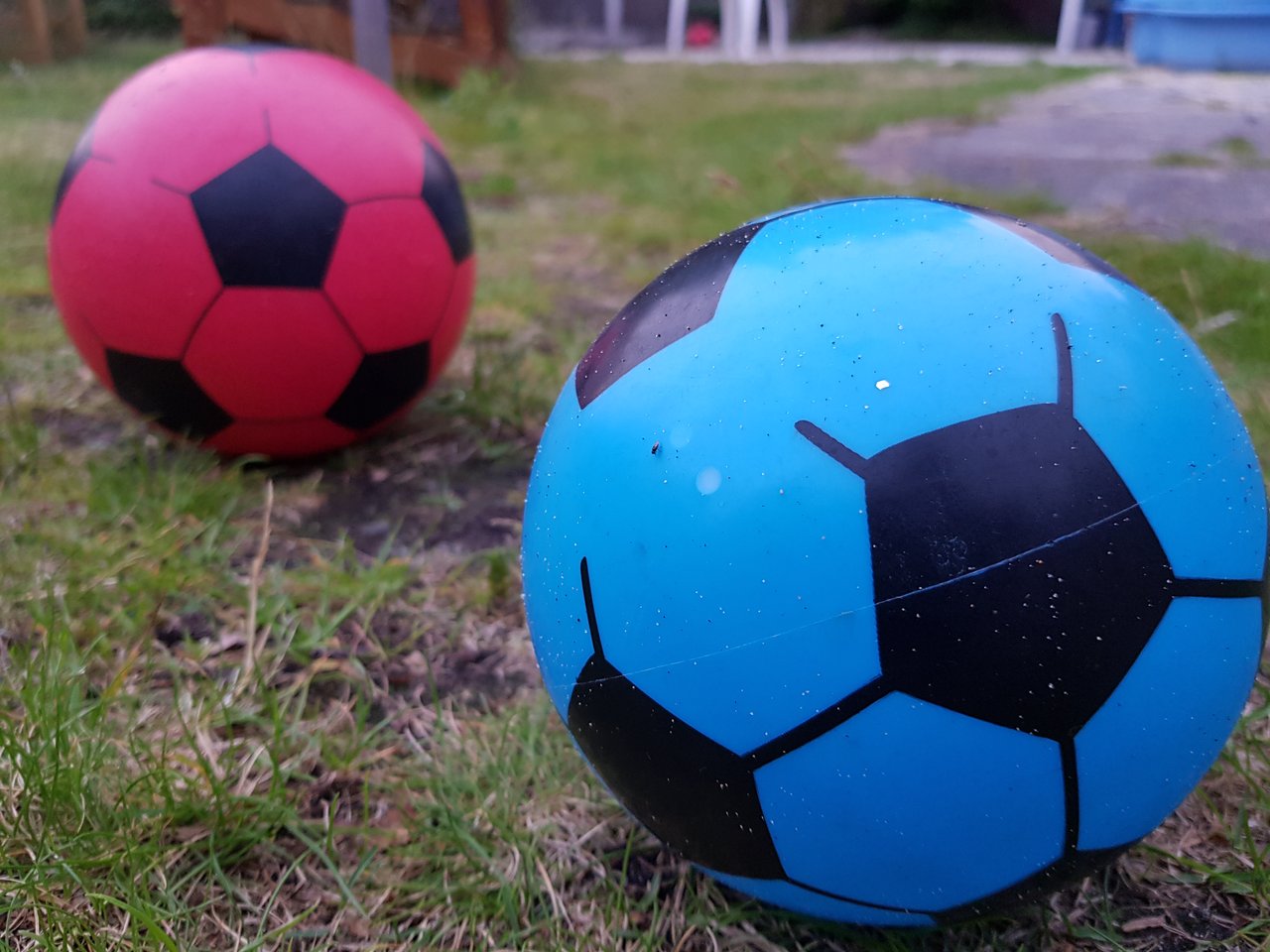 My experience of siblings has always meant it was about unity and togetherness. But now, as we age, I'm thinking it stands for tolerance. 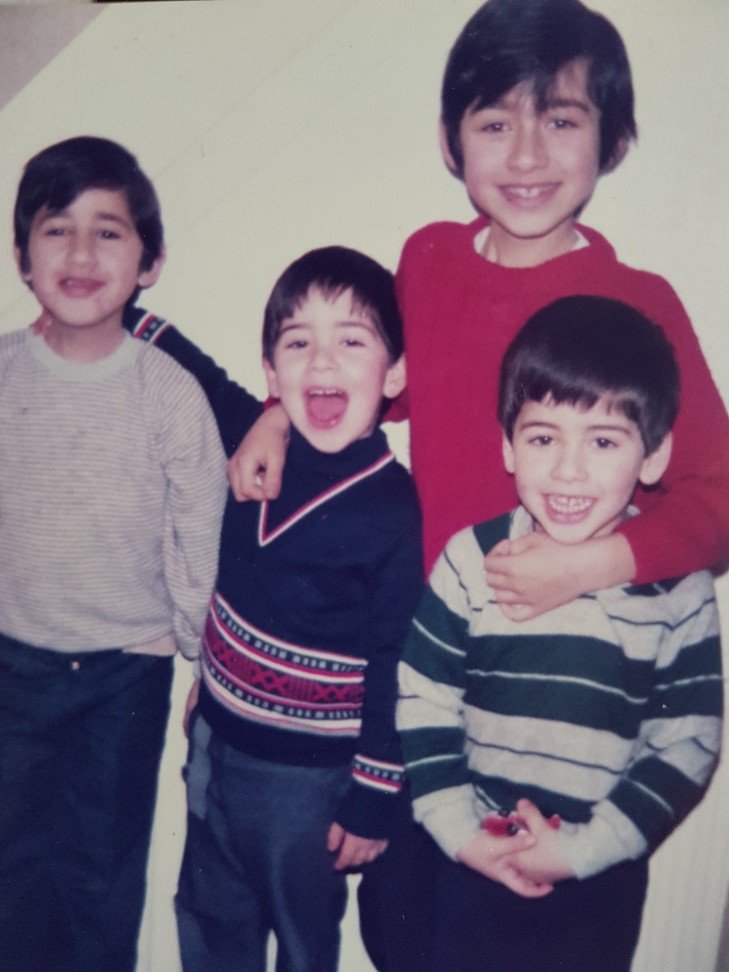 I'm one of four brothers. And we do get on well. That's me on the left as you see it (I was kind of inspired by Ken Melendez and his post featuring a photograph of him with his brothers)

Where we now have technology at our fingertips to keep us occupied, we instead relied on utilising physical objects and imagine a world where they came to life.

As there were four of us, we'd split into two teams – my older brother and me against my two younger brothers – they are twins after all so that made sense. We'd play football in the back garden and wreck the grass (my dad spent many hours tending to his grass). We knew we were gonna get it, but at the time, we didn't care. We had fun for a couple of hours and that was enough to make any telling off worthwhile.

Of course, scuffed up grass wasn't just it – my dad also liked his greenhouse. But on the odd occasion – more times than not, we'd break the glass with a stray kick of the ball. When it happened, we knew playtime was over so we hid in our rooms in anticipation for when my dad would come home.

But this isn't about my dad – we were a handful. Not quite the NickelNDime handful, but we had our moments!

We'd take a bucket of toy soldiers and share them out. Build barricades with odd items such as shoes, toys and any other smallish contraptions we could find. The rules were simple – you can hide your soldiers behind the items, but part of it must be visible to the opponents eye. From there we'd take it in turns to throw an eraser at each other's army. I loved this game.

Then there were the times where we'd get on each other's nerves – many things were thrown in anger. Hard things that would have made serious damage had any of us been able to throw straight. A 'double A' battery launched from 5 yards springs to immediate mind, which missed my head by an inch. But these times were few and far between.

Of course, there were also the board games. Boy were we competitive. Ever played Risk? Chances are you might be familiar with this story then. The game was decided on the roll of dice. You amass hordes on your land and begin the process of completing your mission by invading the neighbouring countries and their armies. All you have to do is roll higher than the opponent. Well, the blood boiled over so many times it almost ended up with fists flying, as well as the board being flung across the room. Game over. We all refuse to play Risk with each other now, such was the emotion involved and the negativity that came with it.

I guess the point is, I have fond memories of my brothers growing up for which I am thankful for. But, as we went our separate ways and met our better halves, so too did the sense of togetherness. I'm not for one second expecting we stand on each others feet, but we don't really talk half as much as I would like. Perhaps I need to take responsibility for that – I talk to Nick, my older brother more than I do the twins. The twins talk to each other more than they do us.

The twins do have names. But we always call out to them as twins. Funnily enough, if we were all out together and I called for Mario, I'd get no response. If I called out to Andreas, he too wouldn't respond to his name. But, if I call out 'Twins', they both turn in acknowledgement! 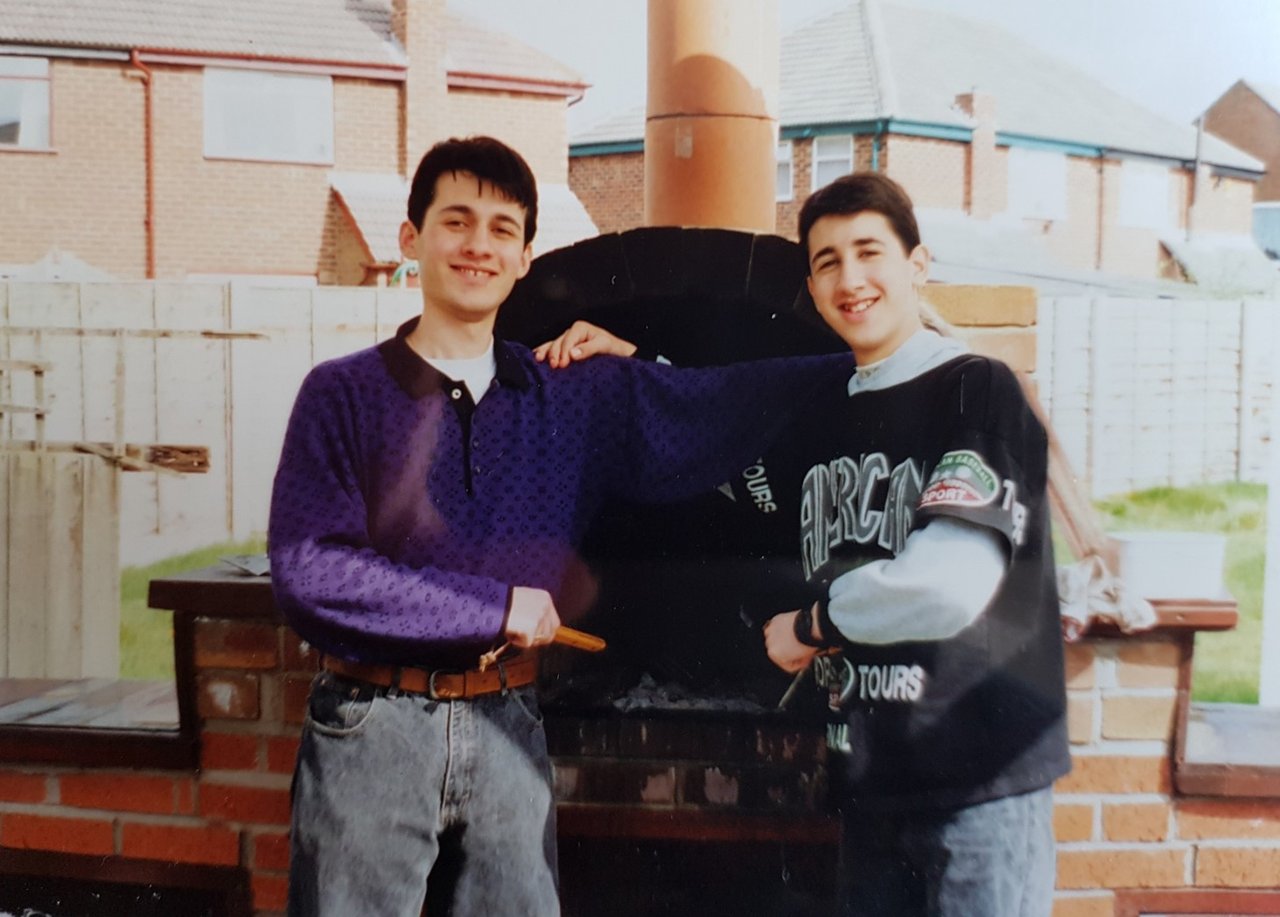 I guess it's like when we were younger and we'd split into two teams. We still are two teams I guess.

As we grew older, so too our ideologies. And I guess that's where we'd slowly see the foundations beneath us begin to shift, and in turn create new boundaries. These boundaries I like to think of are comparable to that board game Risk. Only there are no dice to determine outcomes, only our tolerance levels to help keep us in check and in our own space.

I love my brothers despite inevitable changes that happen over time. And it's not all bad I suppose, otherwise we wouldn't be living 10 minutes from each other.

For those of you with a subscription, check out more photographs of me with my brothers. You'll even get to see me as a 6 year old in my Superman costume!