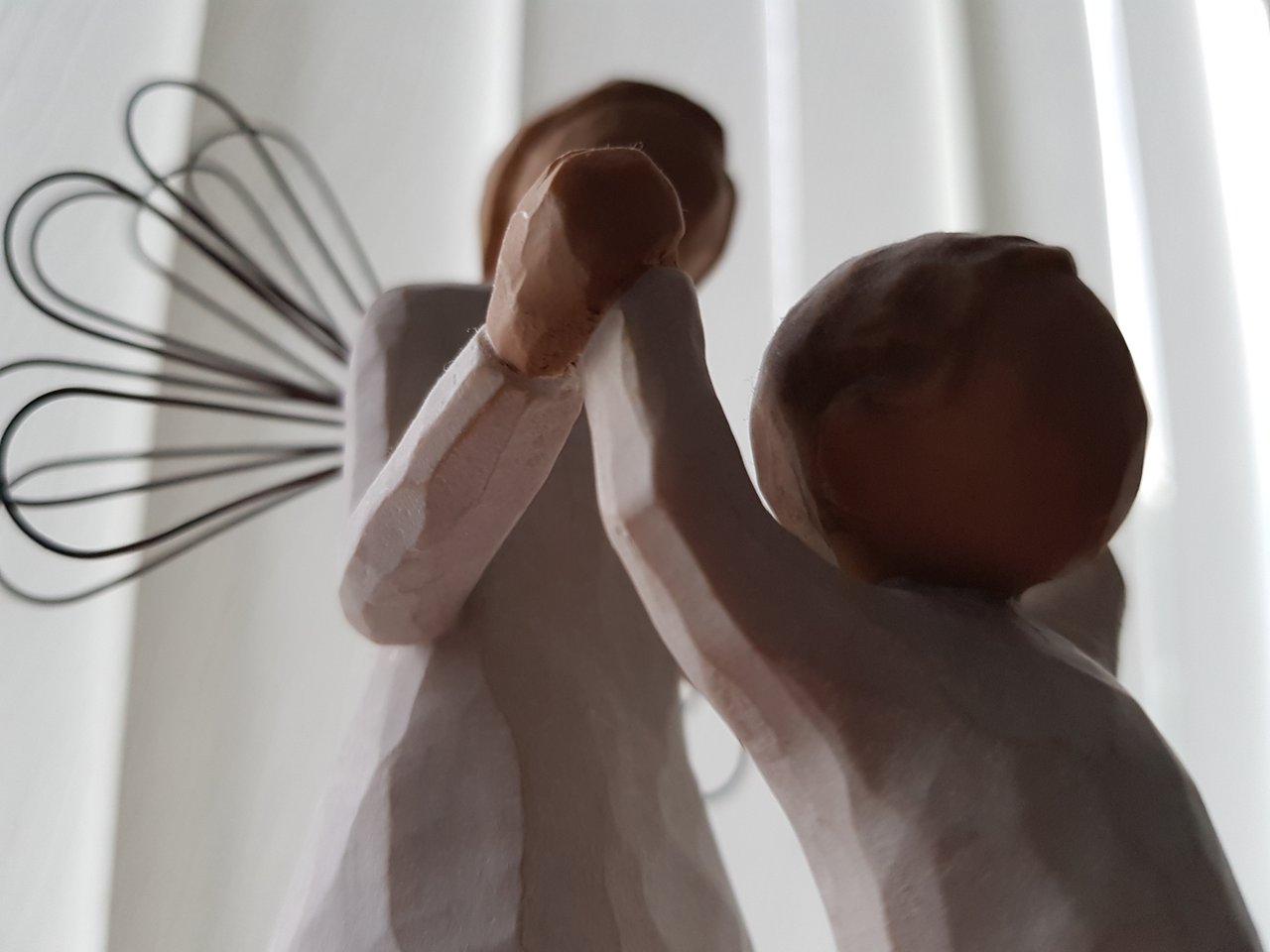 Made refugees in 1974, my parents lost their home and all their possessions.

1974 was also the year they were married. Just shy of four weeks later, they had to flee their home from the Turkish invasion of Cyprus. Some honeymoon! To this day they still haven't had a honeymoon.

My parents are Greek Cypriots. They were introduced – arranged in some way – and three weeks later they were celebrating their wedding day. I publish this post today because it is also their anniversary. 46 years strong.

Being immigrants isn't easy for anyone. It certainly wasn't for them. They have faced racist abuse with death threats and messages to go home (they kept this from us, as any parents would, for some time). But one particular memory I have that only scratches the surface of their negative experience is when I was a child. My parents, with four boys, were looking to upgrade their house to give us a little more space. We went for a viewing and liked the property. But my dad has a thick accent and spoke to my mum in Greek during the viewing. That didn't go down well with the home owner. When my parents wanted to put in an offer, the estate agent had to break the news to them that the home owner in no uncertain terms wanted to sell to a 'foreigner'.

I have suffered abuse and taunts as a child growing up – bullied in school. Ridiculed because of my name. Come to think of it, all my brothers were bullied at some point for the same reasons. I was born and raised in the UK. I consider myself British, but I staunchly defend my heritage because it helps to define who I am. If I don't, it sullies the efforts of my parents and their hardship.

My parents work hard – never once did they stand in a dole line for a handout. Becoming working citizens of the UK, they paid their taxes and never missed a payment on their mortgage.

My dad was a barber – retired now. Mum was a hairdresser – gave up the job to be a doting housewife and look after us boys. They lived to ensure we had a stronger footing in life than they did.

I played footy as a kid – love the game. I played for local football teams and it was my mum who took me to all the matches. My mum was basically a taxi service for the four of us. To wherever. Whenever. My mum would always step up. Mum's really are the driving force of a home. It's like in My Big Fat Greek Wedding, the man might be the head, but the woman is the neck, controlling the direction of where the head goes.

Incidentally, if you have seen My Big Fat Greek Wedding, then I can categorically tell you the stereotypes are real! I have a brother and so many cousins called 'Nick' – it's tradition to name your children after your parents. And as my dad is one of nine children, there's plenty of opportunities for this to unfold. I was named after my granddad on my mother's side.

Like I touched on earlier, my dad has a terrific old-school work ethic. Never took a day off sick either. Took the plunge eventually later on in his career to run his own barber shop. This was a huge deal for him – the risks were great – with a family to provide for. It worked out.

You could say this work ethic was also a hindrance, as it tends to give you a conservative outlook on life – not wanting to take financial risks early on. He had opportunities to purchase a second house in the late 1980s on more than one occasion. He chose not to remortgage, as he was the sole provider and if anything happened to him then we would be landed with the subsequent debt. We all know what happened to property prices – they went boom! He says he regrets not buying the house, but that's all in hindsight and wouldn't change the way things are now.

However, that's not the point here. This is about my dad ensuring we had a roof over our heads. Clothes on our backs. Food on the table. For reasons I imagine have to do with them both living in poverty as children, my parents can be forgiven for not wanting to chance on the prospect of positioning their own children in a similar situation.

My parents are traditional – if I was analytical here, I'd say they still live in 1974. It's as though time for them stopped that fateful day. They had to start from the very beginning in another country. They had visited the UK prior to the invasion so it seemed like the right place for them to find new roots.

I learn from my parents – how to do things. But, probably more importantly, how not to do them. There's always a lesson to learn from your elders. They make decisions that they believe best serve their children.

I'm proud of my parents. And, like in My Big Fat Greek Wedding, I too live next door to them!