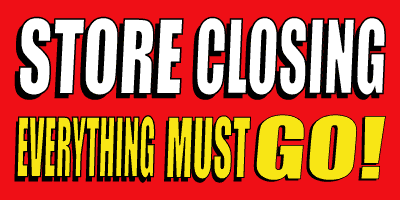 If there's one thing consistent about Tabletop Gaming stores – it's that they close.

I can rattle off a few names: Oxford Games and Comics, The War Room, Sword of the Phoenix- there are many more. Making a living off of a niche industry is hard, and you learn to adapt or die. I worked for years for a game shop, and the owner stopped adapting. For a while he did, branching out into Poker Chips (as big a seller as Magic cards, believe it or not), Chilmark (another big seller), How to Host a Murder, Osprey Books – whatever he needed to do in order to turn a profit and allow the game store to remain in business. He became a distributor, supporting shops in smaller towns that the larger distributors wouldn't supply with favorable terms, and moved from prestigious places to others that were less so when the years became leaner. We'd even set up an online store for the shop, hoping that would bring more business in (and it helped me get some web work under my belt while I was in college), but nothing worked. I remember talking to him before the decision came down, and he said that he'd put away a lot from the best years, but it had been a few years since he actually turned a profit. With Diamond/Alliance swallowing up all of the smaller distributors, it was rare that he was able to actually get favorable terms by going direct. He could keep the place open for a few more years on the liquidity that he had in the business, or call it a day, and chose to do the latter, though he really didn't want to do so.

Now with the pandemic and quarantines, I'm not sure how many more that were just hanging on like he was will be forced to close. I can personally get games from Amazon pretty easily, but I'd rather support someone- but what do you do when there's no one to support. The closest store to me is almost an hour away. And given the shrinking number of stores, how long until there will truly be no one to support? It's a sad thought, but I don't really know of any real solutions.

What are some thoughts on how game stores can survive and even thrive in these troubling times?