Thanks to the power of Twitter I've learnt a couple of interesting things.

First off was this thread talking about audio processing issues. As mentioned before I've got bad hearing and just thought when it took me a few moments to realise what someone has said it was part of that. However there are dozens and dozens of replies of people going “hang on, is this a thing? I thought it was just me”. Which is what I did too but turns out I'm one of them too. I have

Next up was this twitter post including a picture of how a woodpecker stores acorns for the winter – which is posted below. Looking at the picture set off a really strange tingle/goosebumps sensation on the back of my neck and head which I'm familiar with from looking at other similar images with irregular patterns of bumps (especially holes with bumps in, that's the worst!) Even writing this post and finding the picture to include has head my neck and head tingling like mad for several minutes now. 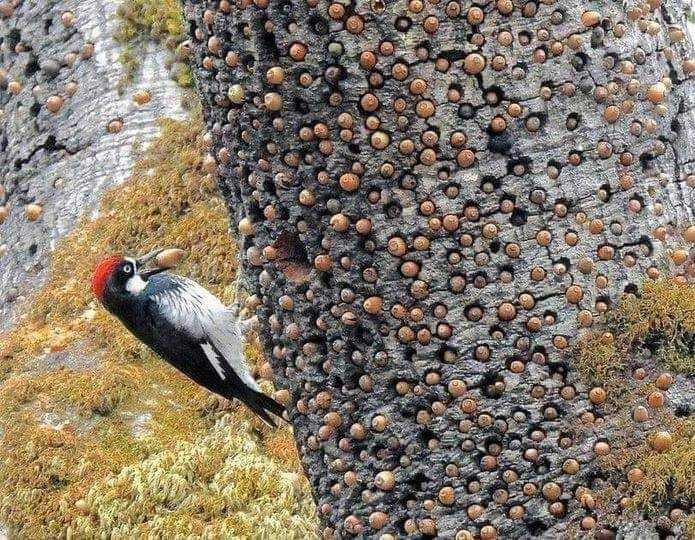 From reading through the thread I learnt I have tryophobia which I had no idea about. I didn't even know such a thing existed but posting on Mastodon and got a reply from Basil saying his friend can't even deal with crumpets due to the holes in them. (For the record I love crumpets and can eat them with no tingling!).

Last thing I learnt was due to my son learning God Rest You Merry, Gentlemen on trumpet for his school orchestra. I decided to look up the lyrics and ended up on the Wikipedia page for the song. Where I learnt it isn't about Merry Gentlemen and instead wishing some gentlemen get to 'rest you merry'. Rest you merry was a phrase meaning stay happy. Which makes a bit more sense.