Towards the end of March when it was obvious lockdown was going to be imposed on the nation Mrs Luke got in a fluster and made some panic purchases. It wasn't toilet roll or pasta but instead it was a ton of sand and 4m x 4m of fake grass. (You weren't expecting that were you??)

Reason being our son is sporty, so sporty that he is a goalkeeper at the local Premier League team academy, but we have a tiny backyard. It is small and north facing and quite depressing really. As it hadn't had any direct sunlight since about the end of September last year it was looking pretty neglected. Here it is: 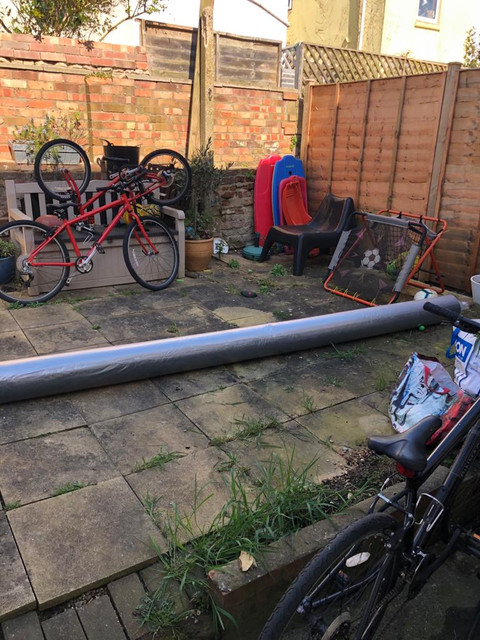 So how were we going to keep him active and training in that? We've also got a daughter but she'd not as active or as sporty as him but obviously would be good for her to keep moving too.

Thing is my mrs didn't actually tell me about this until they arrived. I'm thinking “bloody hell how are going to shift a ton of sand from the front garden to the back?” when it all arrives. 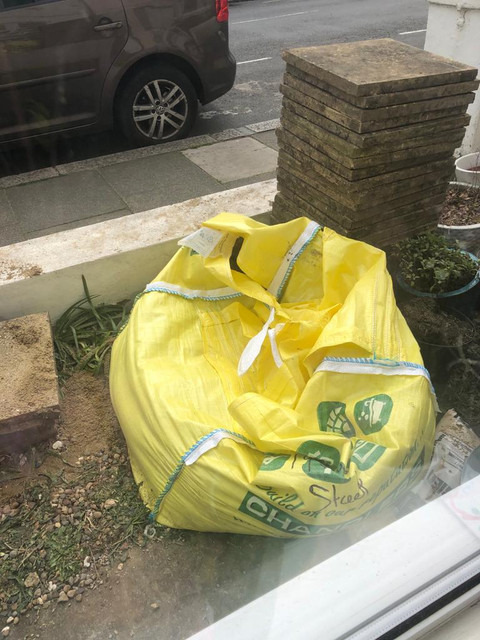 This was during the first week of lockdown. We make a plan and work out who will do what when. The mrs Luke gets poorly and has coronavirus symptoms. Persistent dry cough and feels like crap. Has a high temperature for a few days but thankfully no fever. As I'm asthmatic she self-isolates in the bedroom for a week and I sleep downstairs. While she is ill I just get on with it. First off there was something like 75 small paving slabs to lift up and stack up in the front garden. That took 3 days of bursts here and there after work or at lunchtime. (I then took them all up to my folks' allotment, was a great bit of exercise that!)

Once cleared and weeded it was a case of shifting the sand a trug full at a time. That took 2 days or bursts here and there. 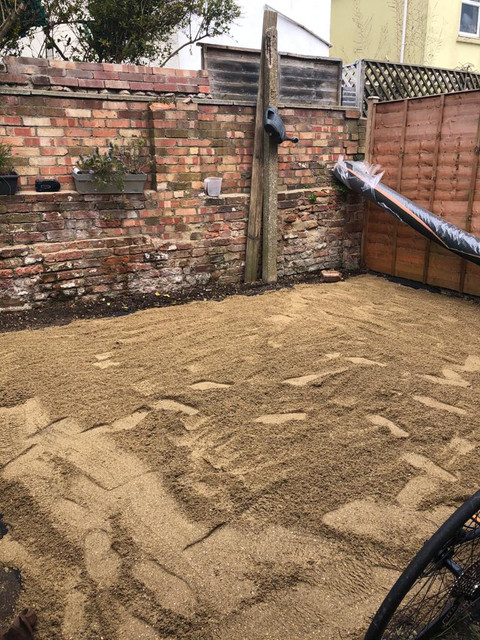 By this time Mrs Luke is back in action and helps with the spreading out of the sand and the laying of the fake grass.

Then voila! It was all done: 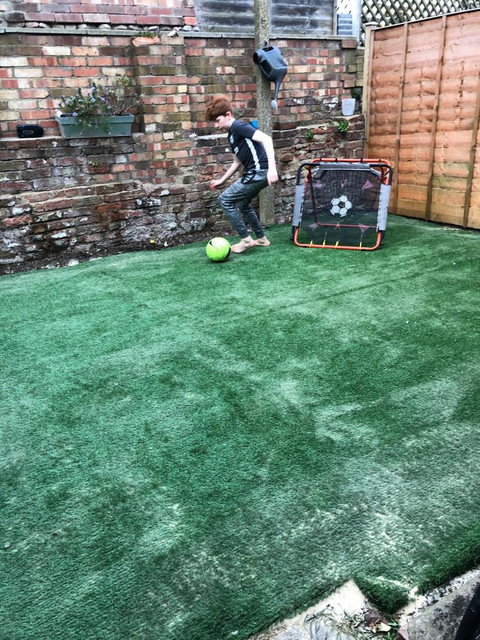 This was a project I was wasn't keen for especially as it was a surprise and I was going to have to do the bulk of the humping and shifting but I'm really pleased with how it has gone. We've been out there pretty much every day it has been sunny, partly as from the end of April it actually gets direct sunlight, and have eaten outside a few times. Must importantly our son has been able to carry on with his goalie training by facetime.

100 Days to offload is a blogging challenge started by Kevin Quirk. Check out https://100daystooffload.com to see if you are tempted to join in yourself. No-one even reads this bit apart from AndyC so hi Andy