I just updated my phone to Android 9 Pie, thanks to its endless notifying and nagging. Most of all, I'm thankful it didn't screw with the existing interface too much. But it came with this new “Digital Wellbeing” feature and, naturally, I have some thoughts.

According to the article I read this morning before begrudgingly downloading this latest update, Google wants you to “be well” on your phone through some RescueTime-esque screen-time tracking. Apparently, giving you statistical candy like this is supposed to make you more “digitally well.”

Just as when you first start tracking how many “steps” you take in a day with the latest fitness-tracker-gizmo, or you get an app on a screen that tracks the time you spend staring at a screen, a data tool like this is irresistible. We love numbers that we're told might illuminate some hidden insight into our lives; some part of us that our closest friend — the smartphone — might know that we somehow don't.

I just find it a little ironic.

Of course, I'm biased. On a philosophical level, I don't think we should need this thing to know that we stare at our phones too much. Instead, just look up every once in a while and see how many friends around you are annoyed or a little distant because you've been playing Candy Crush in their midst. Just think about the last memory you have of a vacation or your child that isn't recorded in a photo or video (now posted on Facebook, naturally). Just think about any time you should've been happy to be in a beautiful place, but maybe felt a little down because you didn't get enough likes on your Instagram photo of that place.

I would say that self-reflection is forever accessible to us all, and like all good things: free!

But that's it, isn't it? There's no money to be made on that sentiment. The mobile economy starts to break down if we stop believing we need these things. And so we quantify every second spent on our smartphoneslotmachines and now have pretty screens that tell us how many times we've pulled the lever (I've unlocked my phone six times since I upgraded!). Like some kind of organic label to slap on our food, now we build feel-good “digital wellbeing” into our operating systems.

What a time to be alive.

Of course, I understand some people need features like this. Not everyone can be so vigilant of their digital intake. I personally take extra pains to limit the damage my device can do, because I'm fortunate enough to know what goes into the pudding, so to speak. I do things like telling friends and family that they shouldn't expect text message replies — especially not within a reasonable time. I never take my phone off vibrate, and I make a habit of leaving it in any room that I'm not in. I don't take it with me when I walk my dog in the evening, and I don't look at it when I'm in the company of others. My home screen looks like this: 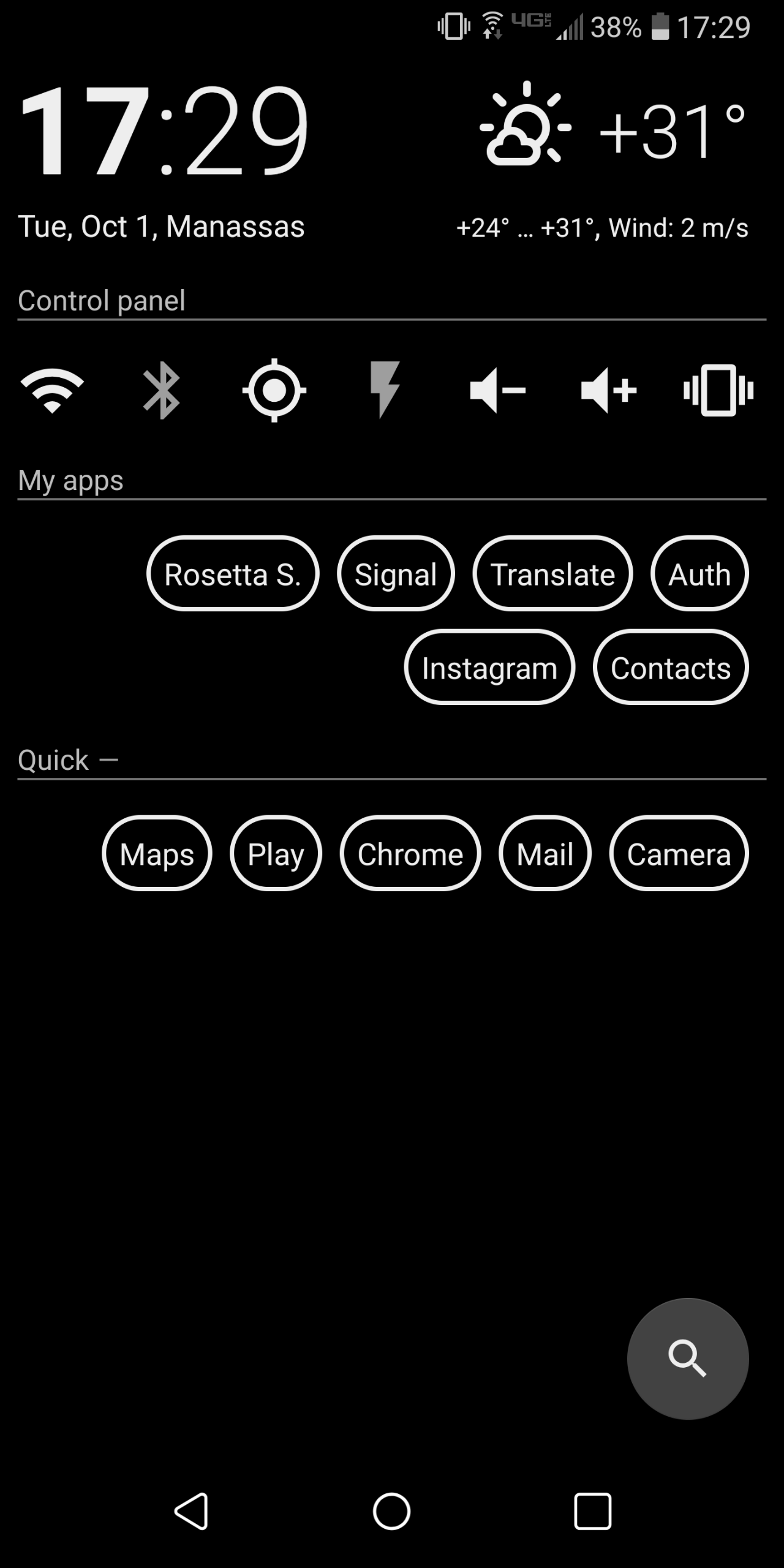 (Thanks to AIO Launcher, first mentioned to me by @ploum)

I understand not everyone can be so lucky, for one reason or another, and I'll afford the possibility that this “Digital Wellbeing” feature can shed some light on people's habits, for those that might not otherwise realize it.

But it doesn't mean that it isn't absurd to need such a feature, or that this is anything more than a band-aid for the inherent design flaws in our shiny glass slabs or — more pressingly — the manipulative software running inside them. Indeed it's not the end-user's fault they can't stop looking at their screen, as this “wellbeing” purports, but the designers who put such potent technology in their hands in the first place. And while motivating many companies, designers, and developers to change their ways across countless apps may be a huge undertaking, it's still one I think is worth thinking about.