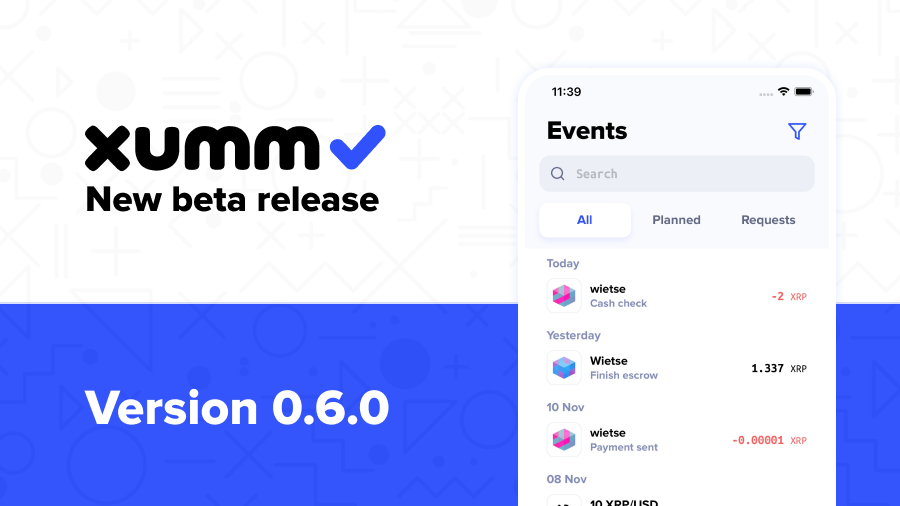 This release contains in-app automatic update checks, so you'll receive a message in the XUMM app when an update is available 🎉 Meaning this is the last version you'll have to get from the App/Play Store update page without notice.

Especially for this version we relied on a lot of help, input and debugging by XUMM users & community members. Thank you so so so much for helping us out, reporting issues, sending feedback & posting suggestions!

This version contains these suggestions form the XUMM Suggestion Board:

This is most likely the last XUMM Beta release, the next release will most likely be version 1.0, where the Beta label will be removed. But we already removed the balance warning last version, as XUMM security, sending & receiving has been thoroughly tested. 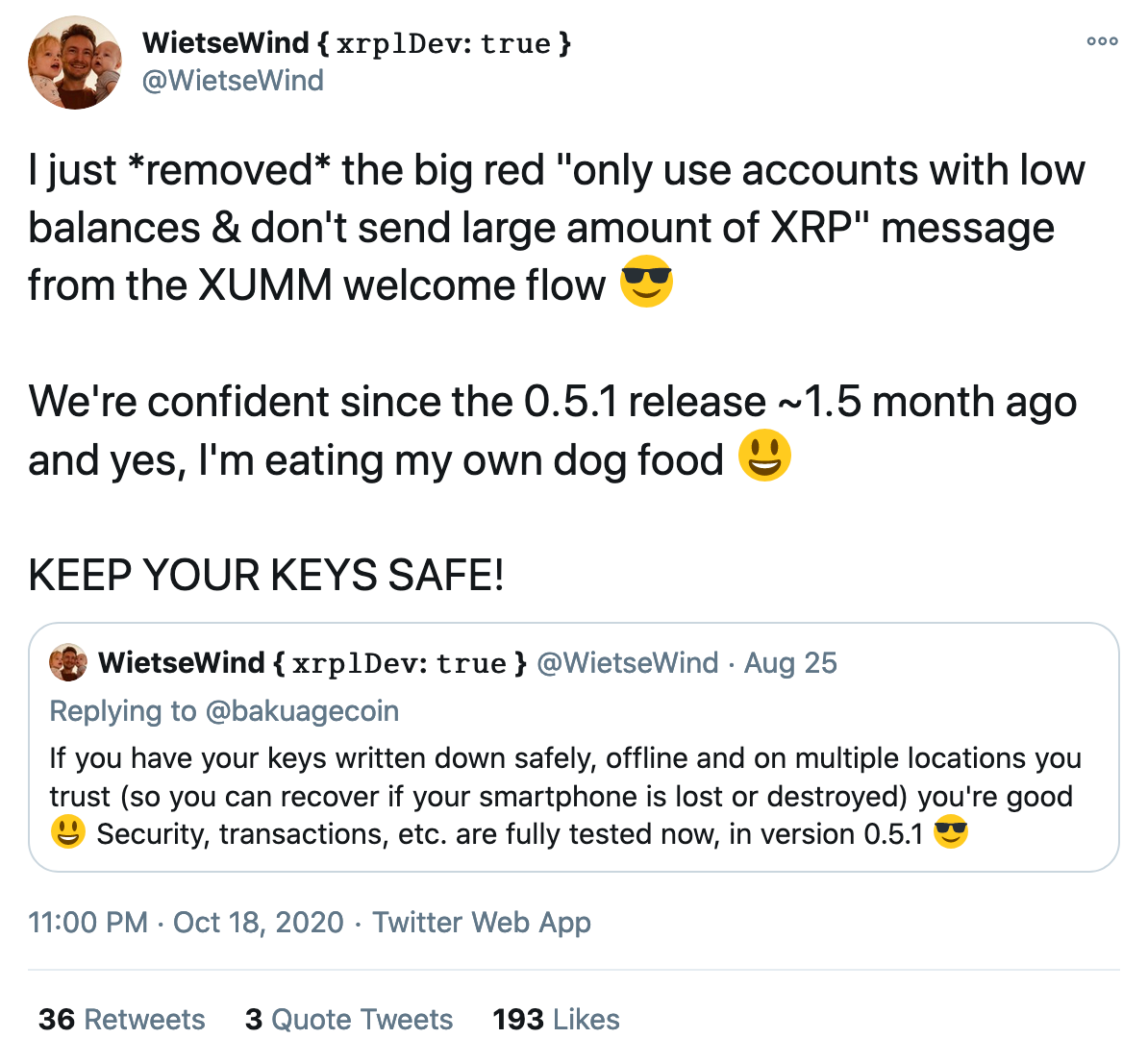