The Sky Outside the Window

He sat on his working desk and looked outside the window. The sky outside the window was cloudy. It was about to rain, but the shimmer of the sun gleamed still, penetrating the shrouds of clouds. From the fourth floor he was on, he could see the busy street below. The busy world of humans felt to him like a vortex of a hurricane that easily sway those who stands too close to it. He tried to stand facing the hurricane. In his inner ear, he heard the roar of the hurricane coming closer. But he tried to keep his calm, though his hands shivered.

He used to be angry with that person. His anger fueled him throughout his teenage years. He hated him for everything he had. He thought of killing him in his sleep. Why could his mother love and keep that person in their house? This he could not understand until later when his anger extinguished. He only learned later on that there exists a type of love that is unconditional. It demands nothing. Only later on did he learn that forgiveness is liberating and that even though anger fueled him, it also burned him. He suffered burned scars that healed slowly.

The last time he saw that person, he felt pity. He chooses to forgive. He chose to sit with him and accepted him as he was: suffering and alone. That person suffers from an incurable illness. He tried to put his hatred aside and sat with that person, understanding that person's suffering. That last time he thought, “I can learn to let go of this anger and finally be free from it.” When he left that person in the town of his childhood, he was a changed person.

His mother called him in one morning. Unprepared, he knew that kind of a call meant only bad news. He was right: it was about a funeral. That person passed away. “How did he pass away?” he asked. “In sleep,” said his mother. The virus got to him. He passed away in his sleep, alone, in the house of his childhood. The doctor took a blood sample, and it was tested positive for the virus.

It was his second virtual funeral. He was so far away. Again, he became simply a passive observer looking into a screen while his cousin shot all the procession in detail. He looked out of the window. He had only bad memories of that person. Nevertheless, he was a family. And in that moment of realization, he allowed himself to cry while looking at the sky outside his window.

He remembers her. How come he would forget about her? She was taking care of him and his brother on many days wherein their parents were away due to their careers. He loves her, despite her stark discipline and eccentricity. She was more than just his mother's elder sister: she was his teacher and also his friend during nights when his parents were absent. She would take him to play card games or challenge him in a chess match. She would read him stories, took him to bed.

The crisis was not over. Nervously, he kept watching on his phone on new development about her as he worked that Saturday. She was tested positive and lay helpless in a long queue in the emergency room. No bed was available. The hospital could not take any more patients. People waited in taxis, cars, and floors of the hospitals. There were not enough beds, not enough doctors and nurses.

He kept waiting for his cousin's report. The clan made sure to use every connection they have to make it work: she should get a bed and hospital care. Thinking about this, he felt a strong poke in his heart. He wanted her to be taken in. But using such a method meant bypassing the hospital's standard of procedure, skipping, or might be overlooking others who arrived earlier than her. But... he wanted her to make it in. He felt strong guilt but also a selfish wish that the clan could somehow make it work. And they did.

She was taken in. No family was allowed to enter the hospital with her. His cousin became the contact person. He waits along with the whole clan, who are spread across the globe. He phoned his cousin. “I'm so far away,” he told her. His cousin answered, “And that makes you one of the strongest among us all. Do call me more often.” He promised her and ended the conversation. He looked at the sky and wonder why he tends to look at the sky. What was he looking for there?

He read from one of his books and decided to talk aloud for himself. So he selected such passages:

This is to be done by one skilled in aims who wants to break through to the state of peace: Be capable, upright, & straightforward, easy to instruct, gentle, & not conceited, content & easy to support, with few duties, living lightly, with peaceful faculties, masterful, modest, & no greed for supporters.

He felt so tired. And as he looked outside the window, the sky released the rain unto the earth.

Pillars are to uphold a building, my daughter Arudana. Strong pillars make a strong building: Unshaken, unmoved, impregnable. Such a building provides a safe roof, A comfortable abode for those seeking protection.

The first group of pillars is to be practiced together, my daughter Arudana. Let it makes you a strong society. Such a society provides a safe country, A comfortable abode for those seeking protection.

The second group of pillars is to be practiced for yourself, my daughter Arudana. Let it makes you a strong vessel. Such a vessel provides a safe mind, A comfortable abode for those seeking protection.

The Prince that Left His Palace

When you’re older, you might ask What unity was actually meant Looking at the words unity in diversity?

There once lived a prince in a known kingdom. When knowledge arose in him He could not find peace in his mind.

So he left his palaces and set himself to the Meru. So he endured trials and help sentient beings on the way to Meru. And when he finally reached Meru he stayed there far from human affair

There once lived a king in a known kingdom. Having tasted the flavor of the human flesh He could not still the hunger in his mind.

The gods asked the prince to answer the cry of the people, But the prince refused, having left worldly pursuits.

Hearing this the prince understood And left for the kingdom in need. The prince set to meet the human devourer alone, Offering his flesh in exchange of the ninety-nine kings' life.

The Bird that Liberates Its Mother

Looking at the emblem of your motherland I am reminded of a story of the bird that liberated its mother.

So the noble Garuda flew to the top of the Meru. Fought the gods and endured pain on every part of its feather. Took the pot of the water of life through trials and adversities. Single-mindedly set on liberating the beloved mother.

So such a selfless act touched the divinity. It is bestowed upon the Garuda immortality and sovereignty.

With such a selfless act your forefather liberated his motherland, But no divinity bestowed upon him, neither immortality nor sovereignty.

Satria Gugur: an Obituary for Om A.

I want to express my gratitude for your coming today at the funeral of our uncle, brother, son, and cousin: Om A. Verily, we are all God's creation, and to Him, every creation shall return. So is the teaching of the prophet. Meditating on this teaching, please allow me, young and inexperienced member of the clan, to share the insight which he obtained.

You said your life is hard and you are often attacked. My love, I dare you to attack them back. If you cannot find any courage to do this, let your personal truth be its source. If you do not know what is the truth ask your heart. If the sound of your heart you cannot listen, look at your body. Alas, if all things failed, do it for me, my dear! I dare you to attack and put yourself on the battlefield. I dare you to take your lances and thrusts it into the heart of your opponents. All these in the name of justice and truth, for there is no triumphant outside the two. I dare you, my dear! I challenge you! For our love is a battlefield ought to be won too.

The final act of a Wayang performance is called the Manyura part. Some associate this word with agrarian activity: to harvest. What does one harvest in this closing act? 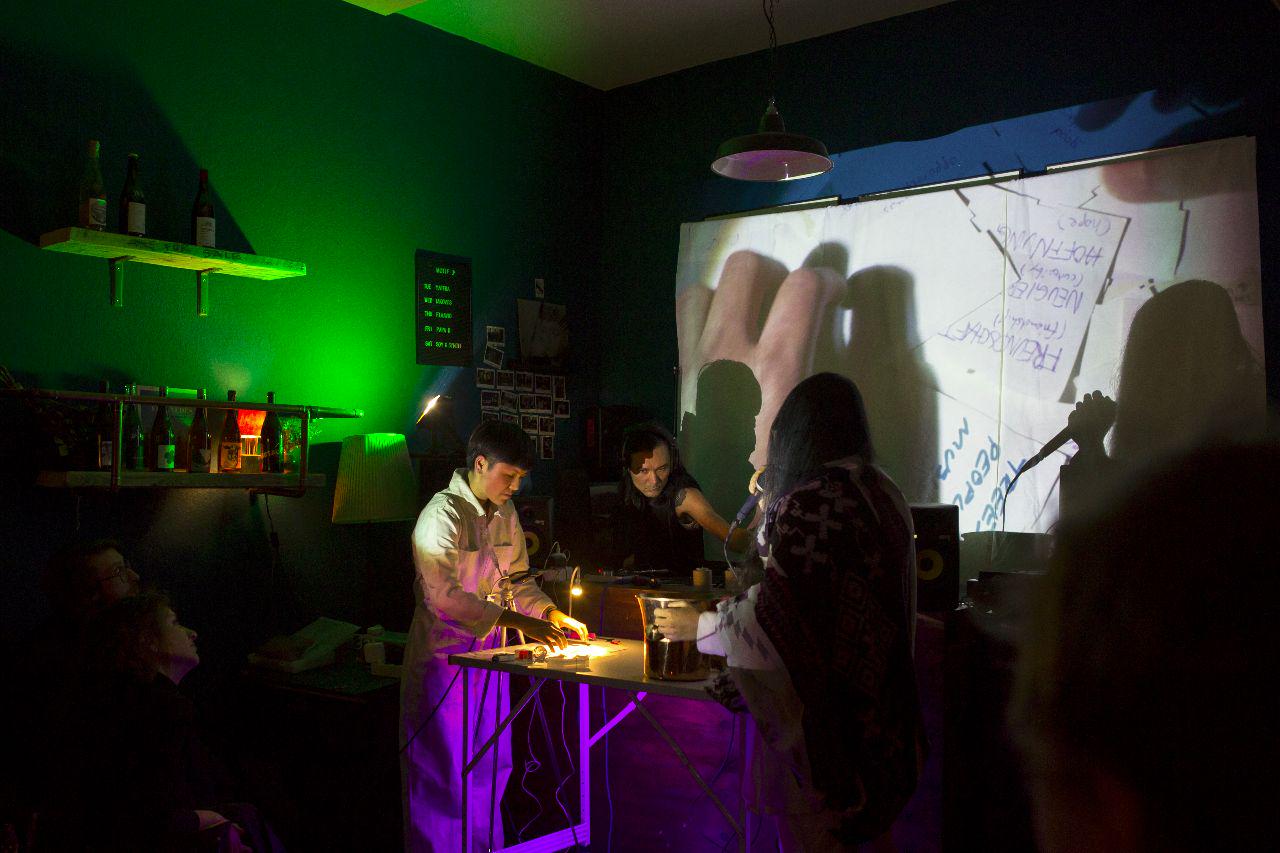