The week started okay after all. I woke up this morning tired as hell without energy or geist, but well at work the day turned out better than expected. Some problems were solved, some postponed and some got done. Never went for a lunch walk and had a quick lunch I (afterwards it felt like I had forgotten to chew the food properly) and when I got home I got my punish. Entered the hall with a burning stomach ache I now am trying to cure with tea. Sometimes I forget to drink water during the day, I am a person who never gets thirsty, but today I did some proper dehydration work. I recently read some information from the Swedish parallel to NHS that not enough water can give you stomach ache. Still, I’m sitting here with a belly feeling sore.

Waking up sad. Don't really know why but I've been carrying that feeling all weekend. My wife left the house to buy some flowers and I'm making pancakes for the kids breakfast. I try hard to feel a little bit of joy.

The Joker, what a character

Got stuck in front of the TV. The dark knight was on. What a fantastic acting performance he did, Heather Ledger as the Joker. You believe him. That’s what makes him so scary.

It’s been a TV night for me. Before Batman National Lampoon’s Vacation was on. My favourite Christmas movie. Bad in a good way. The one movie I’m waiting for now, it’s only a matter of time before one of the networks are showing it, is The Holiday. The romantic comedy placed in England and Los Angeles.

Just read this post by Noisy Deadlines which I liked a lot. Stockholm is also covered in snow right now. It’s beautiful.

Why am I doing this again? Walking around by myself without any further goal than… I don’t know, staying out of the house. I could’ve stayed in, read something, done some laundry. The others are away anyway. So why am I just walking around feeling lonely thinking about work even if the only thing I don’t want to do during weekends is think of work. But I got a cup of coffee at least and it was hot enough and strong enough. And the winter outside the window is beautiful. And I must admit I like the Christmas trees all around the city. I’ll go and shop groceries for dinner while I’m at it. At least that’s something worthy. Miss something really inspiring. It could be a social gathering, a book, a TV series or some music but right now I feel kind of numb. 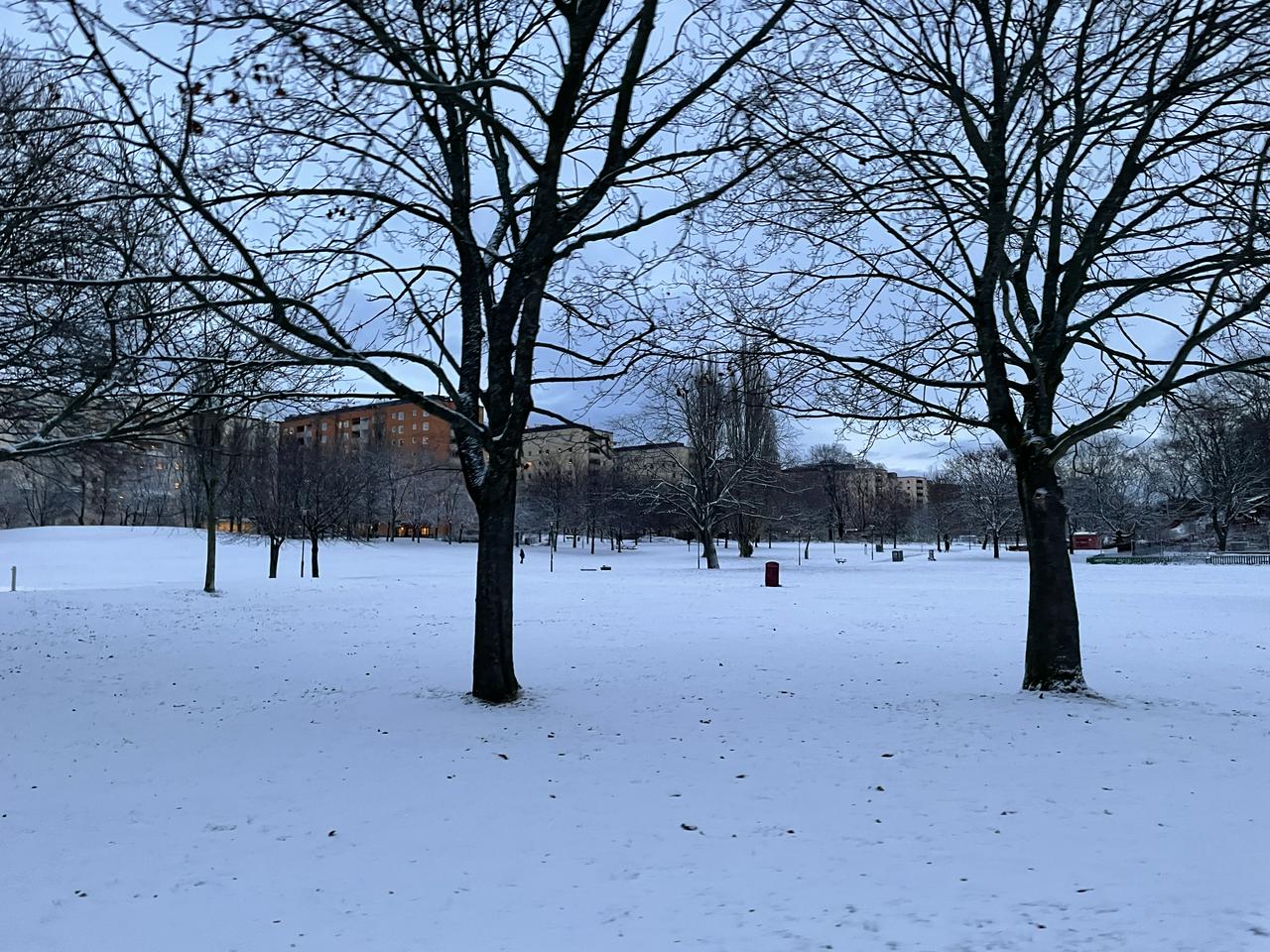 We have got snow. It fell the day before yesterday. It makes the whole surroundings shine and the bike ride to the office more fun – and slippery. But if you are a winter biker you are a winter biker. *** Had a tough day at work and Monday will be even tougher. I’m glad I have a couple of days in between when there’s time for relaxing. *** Heard about a phone called Light Phone on Micro.blog earlier. Looks cool. But it was not cheap. *** Have to sleep now. Almost dropped the phone on my face. Very unworthy.

One thing I try to make a habit is cleaning the house every Thursday night. After dinner I take out the vacuum cleaner and give the floors a go, I wipe the most important surfaces and take out the trash. It’s not fun but it has to be done. And it makes Friday night even better. Also you don’t have to wake up Saturday thinking “we really have to clean the house this weekend”.

I was up before 6 this morning, had to pick up the car at the mechanic. Ran there to get some exercise. Had a coffee and a sandwich at the gas station next to the garage and was back home at 7.30. Had a shower and went to work. Now I am really tired. I'm having problems keeping my eyes open. Have to quit now. See you all tomorrow again. Sleep tight.

I found this blog post interesting. I recognise my own behaviour in what Ridwan is describing. I want to read more, still I don’t. Maybe there is some truth in the statement that you can push yourself to read more if you start to identify yourself as a reader. On the other hand, I consider myself being a reader, still I’m not reading enough. Nothing is stopping me from laying down the phone and picking up a book. Am I identifying myself the wrong way? Maybe. Or am I just being to hard on myself. Sometimes I read, sometimes I do other things. 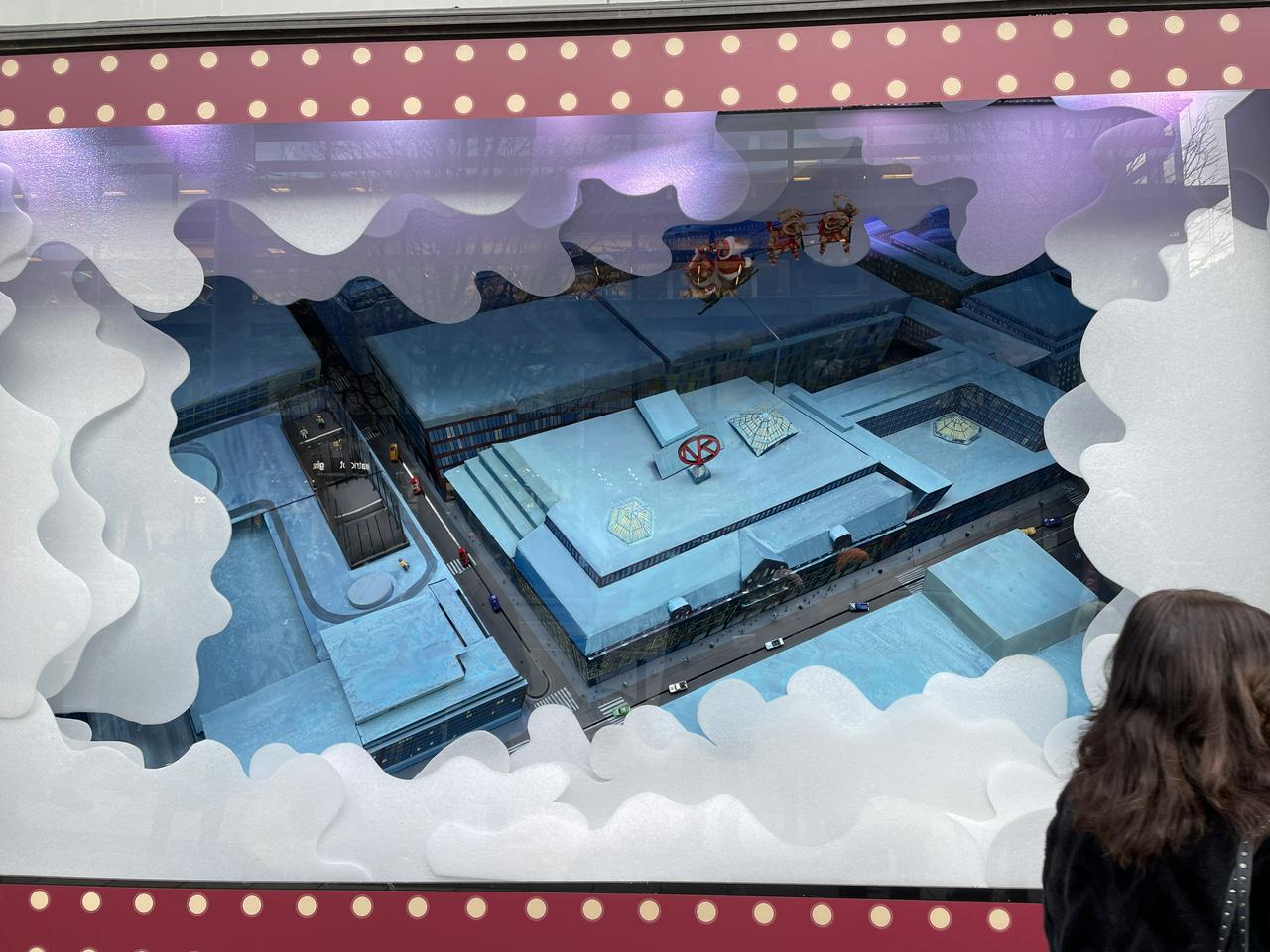